Ireland continues to limp towards its climate commitments – Unwilling or unable to comply? 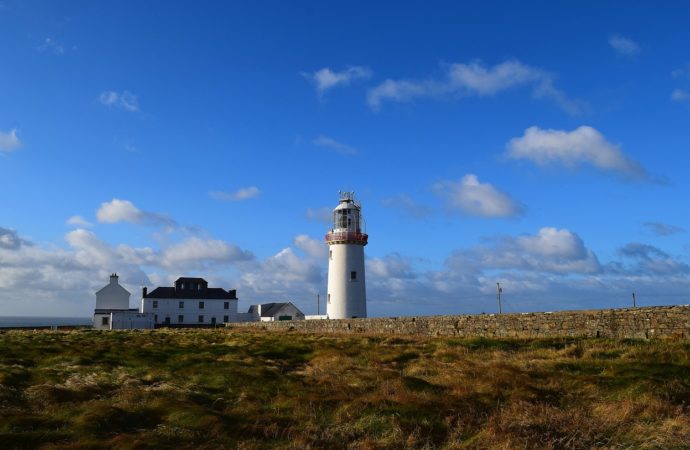 Still showing the wounds of the global economic crisis and in the midst of the greatest political minefield of a generation in Brexit, Ireland has sought to address the challenges of climate change with the recent unveiling of the National Mitigation Plan (NMP). However, as the dust has settled, what has become evident is that it is less of an actual action plan and more of a discussion document, tasking questions in the form of “what could be done” rather than “how they can be done”. The lack of bite in the document drew a not unexpected collective sigh of disappointment from the environmental community.

Ireland has a low population density and an abundance of good land and marine territory available for renewable energy potential meaning that in terms of pure technical capacity it could be a climate leader, yet it has rightfully earned the reputation as a climate laggard. More than 90% of Ireland’s energy is from fossil fuels, including electricity from a large coal and peat burning power stations (peat being an even more carbon-dense fuel source than coal). Per capita, Ireland’s emissions are the third highest in Europe effectively resulting in the forfeiture of achieving 2020 targets (2015) – 13.49 Tonnes of CO2 equivalent per capita in Ireland compared to 8.28 Tonnes in the UK.

The relationship between Irish state, its people, and climate change is a frivolous case. For a nation gifted with scenic beauty environmental issues remain low in priority of public opinion as a whole and in the wake of the Irish economic crisis that had unfolded in 2008 attention has fallen further.

Ireland does have an active and hardworking environmental sector but the fact is that it’s simply underfunded and under-resourced and with the reality of Brexit beckoning we may once again see environmental issues become an afterthought. The last two decades have included much talk about decarburization but little in the way of action by successive governments; in fact, Ireland only reached targets set by the Kyoto Protocol due to reduced production from the economic downtown.

At the unveiling of the NMP, the Irish Prime Minister Taoiseach Leo Varadkar professed that the climate crisis would require a fundamental societal transformation and an “all government approach”. Although this certainly contains the right sentiment and seems to appreciate the gravitas of the situation an attempt was also made to defend its lackadaisical ambition level by describing it as the “first step”.

Considering the omission of concrete targets and actions the plan has rightfully drawn wide criticism, most notably from the independent Irish advisory body the Climate Change Advisory Council, essentially the NMP contains rhetoric that was needed 10 years ago and runs amiss by today’s standards.

A survey carried by Sustainable Energy Ireland (SEAI) in 2015 found just 49% of the Irish population believes climate change is a major problem. Interestingly the same survey also discovered that 53% of citizens recognized their role in tackling climate change as more important than businesses, environmental groups, and local authorities. Regarding energy security and dependency on imports 77% said they would favor the development of renewables and research into new technologies.

These figures may seem contradictory in part but they demonstrate the mindset of Ireland. The people, in general, understand the risks climate change possesses in terms of economic self-preservation, meaning that they recognize that an energy transition is something that is needed for future economic prosperity yet they still limp when it comes to action.

The attitude to overall emissions, however, takes on a naive tone; climate change is seen as a global problem and something that the small Emerald Isle has no real control over, therefore short-term costs are met with grave resistance and often perpetrates the “not in my backyard” attitude.

Perhaps it is no wonder that Ireland is slow on the uptake of substantial climate policy. Traditionally Ireland is an agricultural economy and this sector alone contributes over 33% to national emissions. Political parties agree that agriculture should be granted special considerations, an expected standpoint considering political capital involved. Yet this protectionist policy is untenable and only serves to undermine the sector for the next generation, both in terms of adaptation to the physical environmental changes and the prospect of future stricter EU policies.

An optimistic person would see the NMP as a welcomed change in approach by the government but the fact is that Ireland is playing catch up and still has no tangible direction towards decarbonization.

Furthermore, there is a focus on minimizing the short-term costs instead of taking into account effects of failure to take immediate action, basically looking at it as “cost” instead of “investment”.

Ireland is at a crossroads, does it continue to warrant the label of climate laggard or does it start to do its fair share? The NMP is a weak document and would be significantly strengthened if it included actual policies such as;

Whether this is truly the first step remains to be seen, as it stands the NMP presents a missed opportunity and seems to be an attempt to conform to EU values without taking concrete steps.

What is clear is that Brexit will continue to dominate the headlines and concerns in Ireland but in doing so environmental issues and climate policy must not become a silent casualty. The Irish need to deconstruct the notion that environmental ambition is at the expense of economic growth and recognize the opportunity it may present whilst being acutely aware of risks involved with inaction.

In a week of devastating hurricanes and extreme weather man’s submission to Mother Nature is no more evident.  Ireland like many countries has to step up and do its fair share, if not for the ethical and moral standpoint then at least for matters self-preservation and prosperity.