NATO Summit Outcome: Preventing a conflict or creating one? 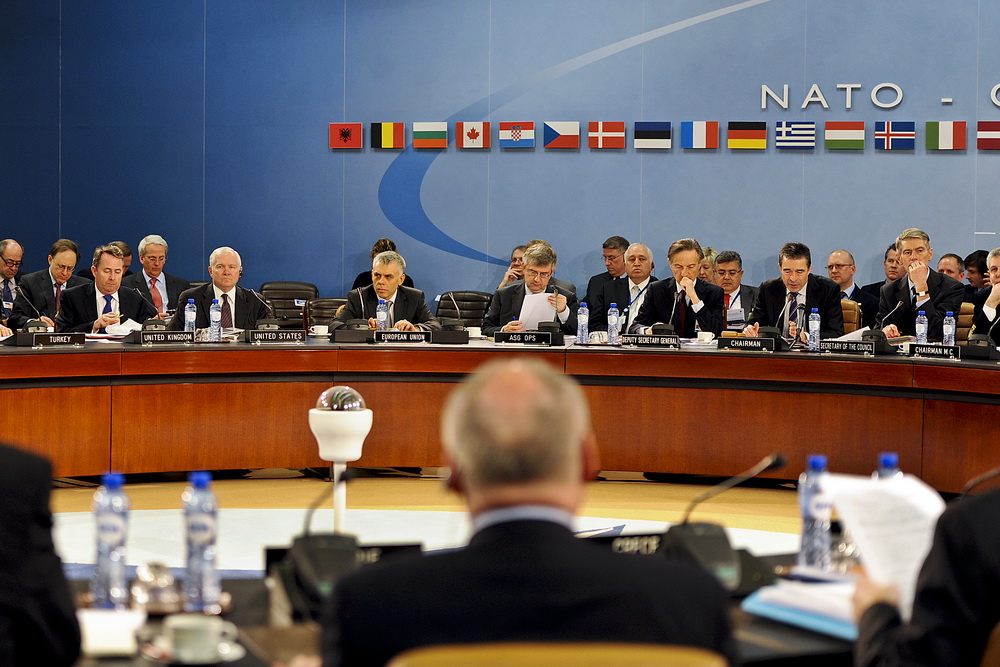 The 2016 NATO Summit held in Warsaw has now ended. As expected, one of the main topics on the agenda was NATOs strategic response to Russia, which included debates about tactical troop positioning and other deterrence measures. What the summit – at least publicly – did not address, is the reason for the standoff between NATO and Russia and how NATO plans to prevent it from escalating.

Since the 90s, NATO has been in search of a definite policy position in the post-Cold War security environment. This led to several reforms within NATO, including a pledge to manage crises via a combination of political and military tools and a focus on building trust and promoting cooperation with Russia. The objective after the Cold War was to close the door to the past and build a platform from where NATO and Russia would be, in partnership, able to respond to shared security threats.

However, following the conflict in Ukraine, relations between NATO and Russia have deteriorated and NATO has returned to its previous policy of deterring Russia. This policy shift has now been cemented at this year’s NATO Summit where a number of countries confirmed their participation to, for example, troop deployment at NATOs borders. Following the Summit there are still three questions in need of an answer:

The crisis with Russia is not a new Cold War. The Soviet Union and the arms race has not returned. Russia may be a descendent of the Soviet system but unlike its predecessor, it is not seeking territorial or ideological expansion. It is gracelessly trying to exercise power in its neighborhood and regain political influence in an international environment it feels excluded from.

Since the 90s, Russia has been maneuvering in its neighborhood and tried to enforce developments which could serve its national interests. In doing so it has relied on political and economic pressure and, when contexts permitted it, military force. The first time Russia’s regional maneuvering gained international attention was in 2008 when Russia responded with force to Georgia’s attack against the separatist entity, South Ossetia. Following this, Russia deployed peacekeepers in the area and acknowledged the entity as a sovereign state. To this incident, NATO responded by suspending dialogue in the NATO-Russia council only to return to business as usual a year after.

The situation in Georgia resembles what we are now witnessing in Ukraine and Crimea. This raises the question why NATO did not modify its policy back then and why NATO is treating Russia and the conflict in Ukraine as the emergence of an existential threat and a new Cold War.

2. How useful is deterrence?

Despite previous declarations of improved relations, NATO and Russia have been in disagreement for years. These disagreements include, for example, NATOs expansion and whether or not NATO had promised the former Soviet leaders to not expand eastward. Another disagreement is the positioning of missiles in Europe which Putin sees as a threat. NATO on the other hand states that it is a deterrence measure against “rogue” states, such as Iran.

It seems that NATO and Russia are currently in a process of creating and deepening a crisis between them, which is fed by mutual distrust and sustained by their individual responses to each other’s deterrence efforts. This crisis was triggered by the conflict in Ukraine and that conflict is now being utilized as a reference point for the justification of Russia and NATOs actions. Since then, it has developed into a situation where both NATO and Russia are resorting to deterrence as a way of changing the behavior of the other. Yet, the problem is that their behavior is linked to different beliefs, which are not easily changed and rarely respond to the barrel of a gun. NATO and Russia are hence creating a standoff that increases the possibility of an actual duel between them and that causes the insecurity seen in Ukraine to engulf the rest of Europe.

The tensions between Russia and NATO have expanded and are in dire need of management. Another question unanswered at the Summit is therefore how a deterrence-focused policy is useful in this connection.

The outcome of the 2016 NATO summit was essentially the strengthening of deterrence efforts. NATO and Russia have however scheduled a meeting for July 13th. Hope for this upcoming meeting is that NATO and Russia will focus on rebuilding trust and addressing misinterpretations currently fueled by each’s excessive focus on deterrence. Ideally, the meeting should result in a plan or roadmap on how they seek to dissolve their standoff and address the distrust which has affected their relationship for years.

Apart from this, NATO needs to embrace the diversity of its strategic concept. It not only entails deterrence and expansion, but also crisis management. NATO should hence embrace a policy that lives up to its pledge of addressing “the full spectrum of a crises.” This implies that NATOs political channels should not only “be open,” they should be active.

Managing the crisis between Russia and NATO will be difficult and it may take a long time before dialogue will amount to tangible progress. But someone needs to take the first step in this complicated journey. NATO, an Alliance committed to the peaceful resolution of conflicts, could ideally be this someone.