Offshoring EU Asylum: Where to draw the line in the fight against irregular migration? 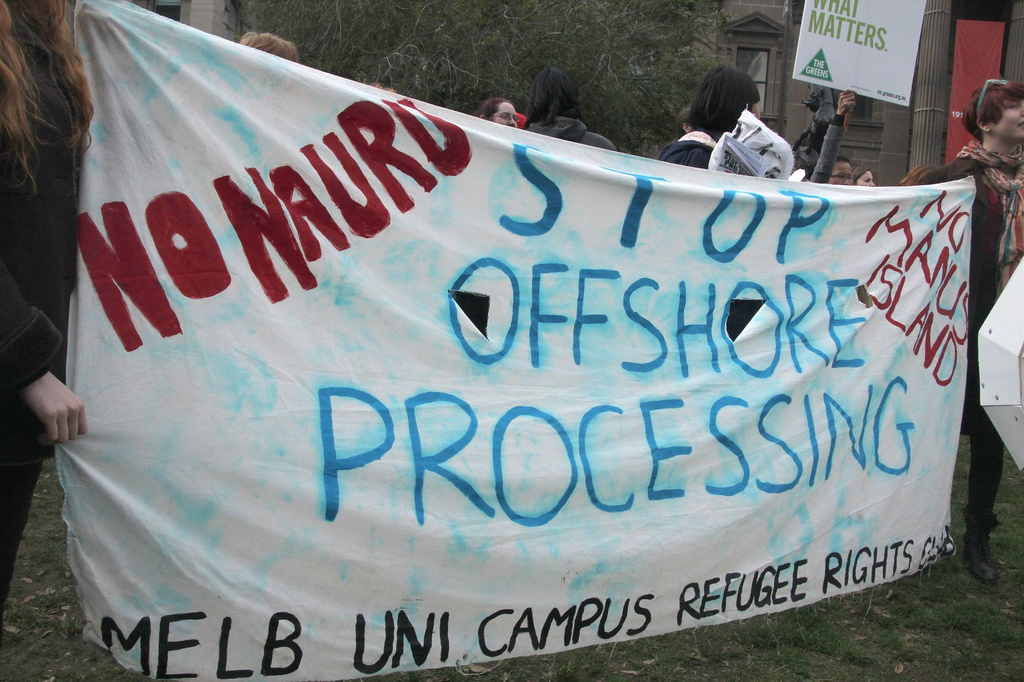 Calls from high-profile European politicians to adopt a policy resembling Australia’s controversial ‘offshore’ asylum model have rightly been rejected as legally inadmissible, logistically unfeasible, and morally unacceptable. The fact that such a discussion is taking place, however, highlights the ongoing failure of Dublin reform discussions and the overall lack of a credible EU strategy for managing arrivals and saving lives in the central Mediterranean. It is also symptomatic of the growing influence of the right in Europe’s migration debate.

Following the alleged success of the EU-Turkey Statement in reducing the numbers crossing the Aegean into Greece, the attention of EU decision-makers has turned to stemming the flow of people across the central Mediterranean route between Libya and Italy. This is now the busiest crossing for asylum seekers entering the EU with some 180 000 arrivals in Italy in 2016, many of whom originate from sub-Saharan African countries with low rates of asylum recognition in Europe. It is also the world’s most lethal border crossing: responsible for the majority of the 5 000 deaths in the Mediterranean in 2016, the central Mediterranean route is at the heart of Europe’s humanitarian crisis.

This challenge has prompted extreme proposals from some high-profile European politicians. Austria’s Foreign Minister Sebastian Kurz has claimed that Australia’s ‘offshore’ approach to processing asylum applications would be the best way to deter irregular arrivals on EU soil, undermining the people smuggling trade and allowing European agencies to regain control of the external border. German Interior Minister Thomas de Maizière has made similar comments, while Hungarian Prime Minister Viktor Orbán has argued that the EU should build “a giant refugee city” on the Libyan coast to process asylum applications. More recently still, Austrian Defence Minister Hans Peter Doskozil suggested establishing EU asylum centres in countries such as Niger, Uzbekistan and Jordan, while imposing a cap on the number of asylum claims accepted by EU countries.

The offshore approach in question was first adopted by the Australian government in 2013 under the name “Operation Sovereign Borders”, and has had unquestionable success in preventing arrivals of asylum seekers headed for Australian shores (drastically reducing the number of deaths in Australian waters in the process). It works by intercepting asylum seekers arriving by boat and taking them to offshore centres on Nauru or Manus Island in Papua New Guinea, where they are detained while their asylum applications are processed. As much as the policy may have had successes in numbers, however, these centres have been widely condemned as inhumane, and have brought the Australian government under considerable international scrutiny.

In the European context, such a policy would see asylum seekers intercepted in the Mediterranean and returned to purpose-built centres in North Africa (for instance in Egypt or Tunisia) to have their claims processed. The feasibility of such a plan, however, is highly dubious, and it has drawn criticism from European leaders and commentators alike. Luxembourg’s Foreign Minister Jean Asselborn condemned Austrian proposals to create asylum centres outside the EU as a “right-wing national line of thinking,” while numerous analysts have highlighted how expensive and logistically challenging it would be to upscale Australia’s policy to accommodate twenty times the number of sea arrivals in Europe. Equally problematic is the question of legality – a recent publication by the Centre for European Policy Studies highlights the incompatibility of extraterritorial processing with European and international law, among multiple other practical and ethical challenges.

But while the offshore asylum approach does indeed appear to be a step too far in the so-called ‘fight’ against irregular migration, the recent summit in Valletta confirms that EU leaders are pursuing policies of border externalisation through other means. At the meeting on 3 February 2017, it was agreed that Libya’s UN-backed government would receive €200m to help curb irregular migration, with funding and training targeted at reinforcing its coastguard. This commitment shows signs of the EU building on its deal with Turkey in attempts to shift responsibility for its migrant ‘crisis’ to the countries of transit.

With EU decision-makers under increasing pressure to reduce arrivals at the external border and restore freedom of movement within the Schengen zone, the ‘offshore’ discussion and recent Valletta summit pledge show that repressive actions against irregular migration are increasingly displacing the language of solidarity in the sphere of refugee protection. A much more effective approach to reducing unauthorised arrivals and saving lives in the Mediterranean would be through the widening of legal channels for seeking asylum and working in Europe.

A more politically palatable solution has been proposed by the European Stability Initiative, which insists that a humane asylum policy and effective border control are both possible if resources are concentrated to quickly process asylum claims in Italy and Greece and speed up the repatriation of unsuccessful applicants, making numbers manageable and undermining the incentive to make the perilous journey across the Mediterranean for those unlikely to benefit from international protection. While this is just one suggestion, what is clear is that EU leaders urgently need to devise innovative policies that satisfy the call for secure borders while respecting obligations to protect refugees and save lives.