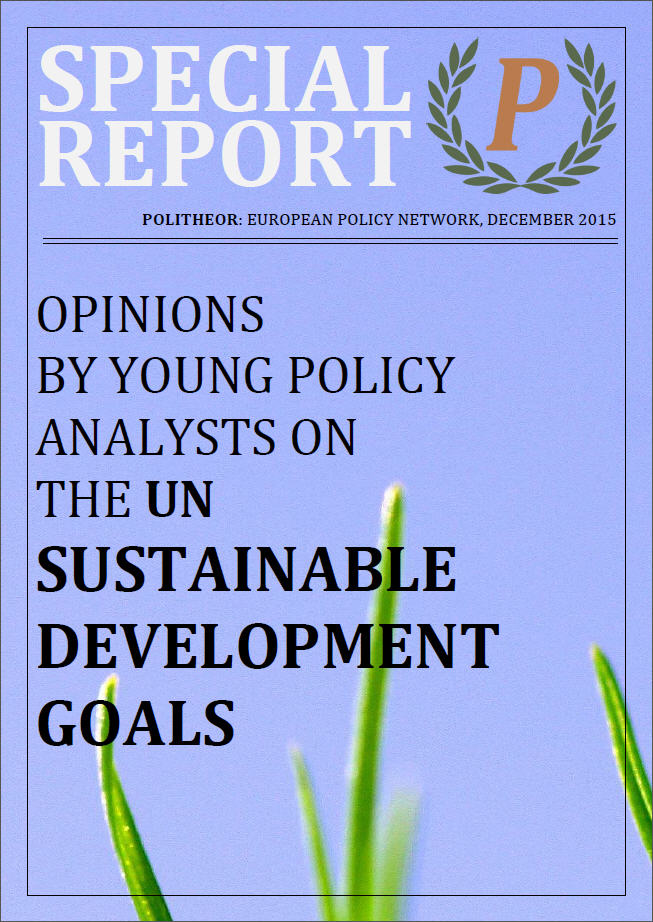 Not least because sustainability has become a catch-all phrase, much ink has been spilled about the UN SDGs.

Not least because sustainability has become a catch-all phrase, much ink has been spilled about the UN SDGs. Commentary alternates between praise, critique and cynicism. While UN and government officials hail their brainchild, and critics take issue with what they identify as conservatism – SDGs aim to save the world without transforming it; they sustain systematic inequalities – others again have compared the Goals to a high school wish list to save the world.

In this special edition, students and young policy scholars take issue with the SDGs. Far from a critique of, let alone comprehensive guide to the SDGs, this collection of op-eds shows their engagement with Goals which are likely to shape the global development agenda for the next fifteen years. Their op-eds are bringing to life what an audit culture is eager to press into league tables and performance targets so as to objectively measure development. Because the 17 goals and their 169 targets mean different things to different people in different places, they also defy easy measurement.

This special edition is not a comprehensive guide to the SDGs – if that is at all possible. Nor do we offer a radical critique. The SDGs are a lens of hope through which our policy analysts address the many inequalities vexing humanity. Whether that hope reminds you of a high-school wish list to save the world does not matter. Such ‘critique’ also misses the point. The discussion should not concern the arithmetic feasibility of these Goals, but how we are to attain them, recognizing interlinkages and synergies as we go; not the Sustainable Development Goals but the Sustainable Development Pathways (SDPs) should be up for debate. If in 2030, whilst formally having reached many of the 169 targets, grave inequalities between and within societies remain, we cannot speak of success!