Politicizing children’s rights: the United Nations and the crisis of impunity 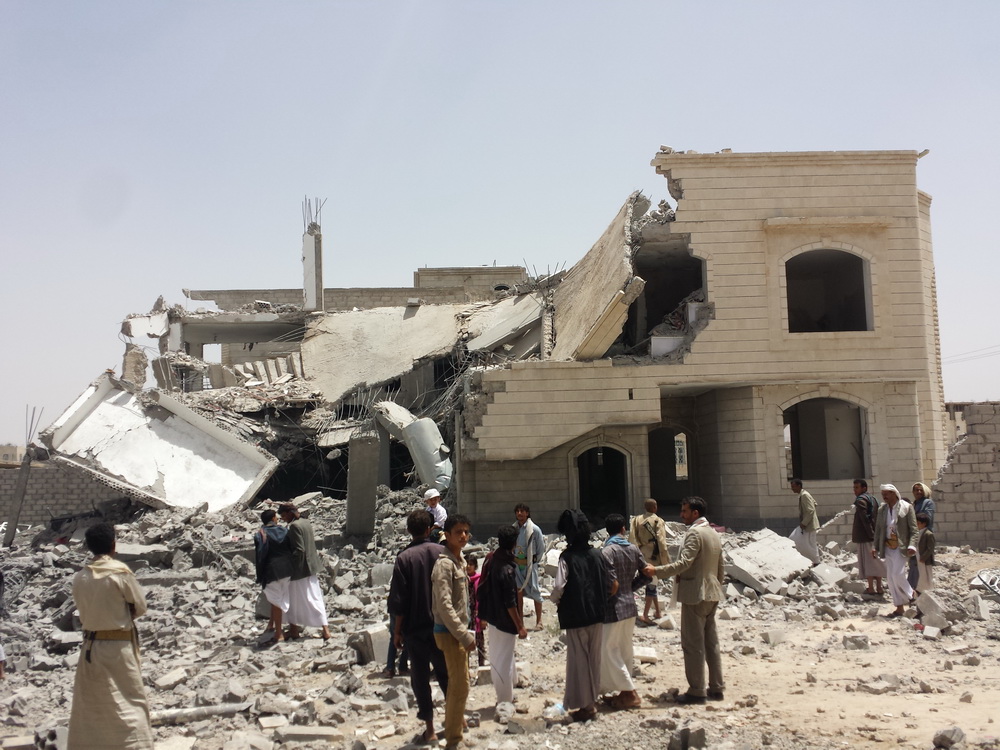 UN Office of the SRSG for Children and Armed Conflicts recently issued its well-known ‘list of shame’. This report tracks State Parties and non-state actors that commit grave violations against children in armed conflict. Saudi Arabia is not included.

The United Nations, in its annual report, listed the Saudi-led coalition in Yemen for the killing and maiming of children as well as attacks on school and hospitals, thus violating international human rights and humanitarian laws. Shortly after, Ban Ki Moon and the United Nations capitulated to the demands of Saudi Arabia, manipulating their exclusion from the ‘list of shame’ to avoid scrutiny and accountability.  The decision, based on politics and not evidence, to remove the Saudi-led coalition caused a big disturbance among human rights groups.

In its ‘Promotion and protection of the rights of children‘ the United Nations found a six-fold increase of killing and maiming of children, compared with 2014. Human rights organizations and the United Nations verified the killing of 510 children and the maiming of 667 children by the Saudi-led coalition.  In an open joint letter to Ban Ki Moon, prominent human rights organizations such as Amnesty International and Human Rights Watch described the United Nations’ actions as ‘blatant pandering‘ that undermines the international commitment to protect children in armed conflicts. The organizations urge the UN to return the Saudi-led coalition to the list of shame.

Saudi Arabia’s ambassador to the United Nations, al-Mouallimi, denied such accusations and argued that the methodology of the report was flawed. In an interview with CNN, al-Mouallimi described the number of Yemeni children killed as “exaggerated ” and that the Saudi government was not consulted.

The non-international armed conflict between the coalition forces and the Houthis forces is governed by international humanitarian law set out in treaties and in the rules of customary international law, most importantly the Fourth Geneva Conventions relative to the Protection of Civilian Persons in Time of War. Yemen and coalition State Parties are also party to the Protocol II to the Geneva Conventions, which provides further protection to civilians, especially children. International human rights law remain in effect, including the Convention on the Rights of the Child and its Option Protocols. Indeed various parties to the conflict have committed violations; however, the joint letter clarifies that the Saudi-led coalitions members have shown no willingness to investigate alleged war crimes.

The soft power of civil society organizations, or lack of it, highlights the dynamic of molding public opinion to affect decisions of policy makers. The political significance of civil society should be far more prominent and important to the UN in war-torn areas, such as in Yemen. However, because of its economic heft in the international arena, the Saudis have reputedly used their leverage to pressure the United Nations into limiting its criticism of the monarchy’s prevalent human rights violations at home and abroad. The decision to list Saudi Arabia and then unlist it undermines the credibility of the United Nations and its power to protect the most vulnerable individuals in the society.

In a process characterized by a high degree of politicization, the United Nations gave a similar pass to Israel during the ‘Operation Protective Edge’ which took the lives of around 500 Palestinian children in the Gaza Strip. In the same way, the removal of the Saudi-led coalition from the ‘list of shame’ raises an important question regrading the intersection of the civil society’s fight for justice and the realpolitik nature of international relations.

Despite the extensive monitoring of the systematic violations committed by state and non-state actors against children, the United Nations has failed to foster compliance of actors with the international benchmark for the protection of children. The violations of children’s rights in Yemen, like those of any children in armed conflicts, are simply byproducts of State Parties that fail to assure basic human rights. For the civil society, the “list of shame” is a salient tool in efforts to stigmatize perpetrators and curb grave violations against children.  It should be clear to all actors of the international community that the only route to delisting is by ending the grave violations against children, not by political maneuvering.