Pretending to care for migrants 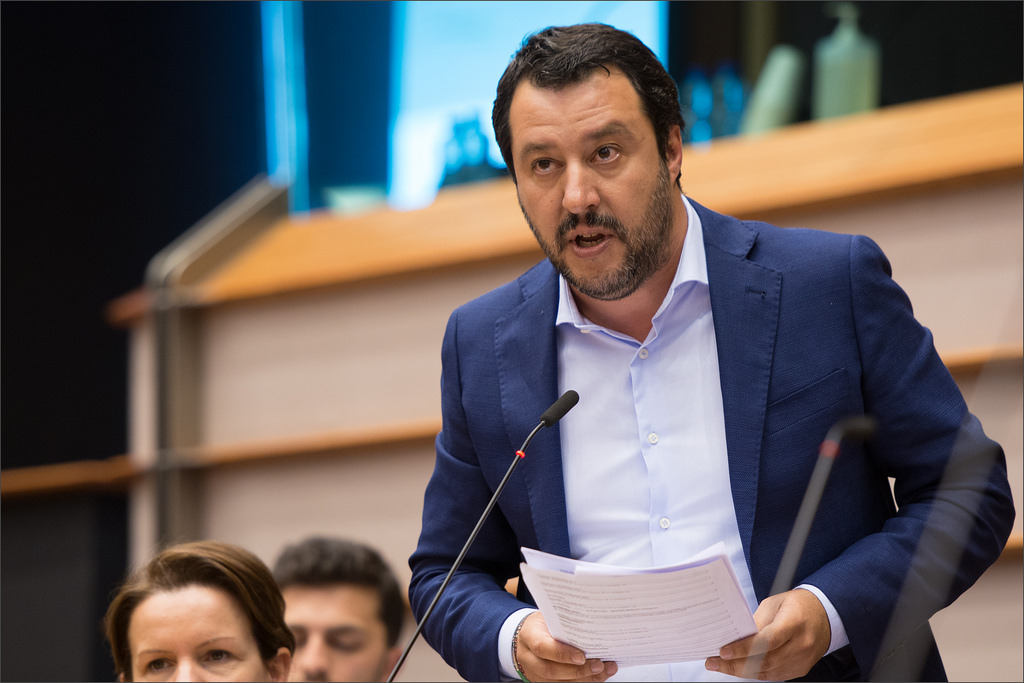 On August 20 the Italian ship U. Diciotti with approximately 190 refugees on board docked at the port of Catania, Sicily. Soon after, the Italian government refused to let people off the ship, under the orders of new interior minister Matteo Salvini. For five days the entire group was detained in the docked ship. Under pressure of international community, the passengers were finally allowed off the ship on August 26. A similar situation occurred in June 2018 with the vessel Aquarius, which has been refused access to ports in Italy and Malta in the end having gone to Spain.

This chain of events has a simple explanation. After national parliamentary elections earlier this year, Italy formed a new, far-right coalition government, which has closed ports as part of its initiative to reduce the flow of migrants into the country.

Unsurprisingly, these developments have not been well received by the heads of other EU member states. Italy became the new object of anxiety in what regards the rise of right-wing and neofascist movements in Europe. But the reaction of the European community did not lead to the emergence of a viable initiative to divide responsibility and accept more refugees in the other member states. While right wing governments in countries like Italy garner most of the blame for the lack of a coherent EU approach to immigration, we have a number of reasons to think that in reality the actual national migration policy of European member-states is not consistently in line with their stated political positions.

Besides Italy, having a government with an openly skeptical attitude towards migrants in charge, other EU states do not appear particularly willing to take differing approaches to the situation, preferring criticism of right-wing governments to positive action and leadership by example. One interesting comparison of approaches to migration is the new right-wing Italian government and the neoliberal administration of President Emmanuel Macron in France. He has repeatedly shamed the Italian government for their migration policies, but hasn’t shown any serious efforts to take some of the pressure off of Italian points-of-entry by opening the French ones.

One factor reinforcing this status quo is found in the European law itself. In 2003 the European Union’s Dublin Regulation was passed. It stipulates that the responsible Member State for processing asylum claims is the one through which the asylum seeker first entered the EU. This puts a particular burden on the coastal countries, especially Italy and Greece, as they are the main entry points for asylum seekers. Most other countries simply are not regularly faced with the dilemma of handling ships full of newly arrived migrants. The recent governmental declaration of the closure of Italian ports to migrants, as well as the rise of the popularity of Italian far-right parties, can be seen as a reaction to this particular status quo, in which the Italian government bears a disproportionately large share of the EU’s new migrants and is responsible for processing a larger share of its asylum applications.

Returning to the U.Dicotticase, there is one fact that should be emphasized. Despite the Italian suggestion to share migrants from the vessel, only Albania and Ireland have agreed to take about 40 migrants, which is 20% of all the people on the ship. The rest will, apparently, stay in Italy.

The European Union has reached a stalemate. There is no real leadership on migration issues. Germany has lost its position after their “Willkommenskultur” which did not find response among the other countries. Also, none of the EU member-states has substituted Germany. Consequently, the focus of international community is currently on the wrong initiatives. The current migration policy is divided into a black or white attitude which allows the majority of countries to do nothing while blaming other ones for the lack of solutions.

Nobody wants people to die in the Mediterranean; nobody blames migrants for wanting to escape the problems and risks in their home countries but nobody wants to accept them either! The EU has failed in the attempt to have one unified stance towards migration and refugee crises. The diversity of national responses and the rise of xenophobic sentiments are a threat to international solidarity and peaceful resolution of the migration crisis. It becomes clearer that blaming and shaming other countries for resisting acceptance of more refugees is not a viable model for redistribution either. The EU should start by reconsidering Dublin Regulation, creating a new fair procedure of sharing responsibility for refugee protection in Europe.