Putin’s fan club on the rise in Europe and America 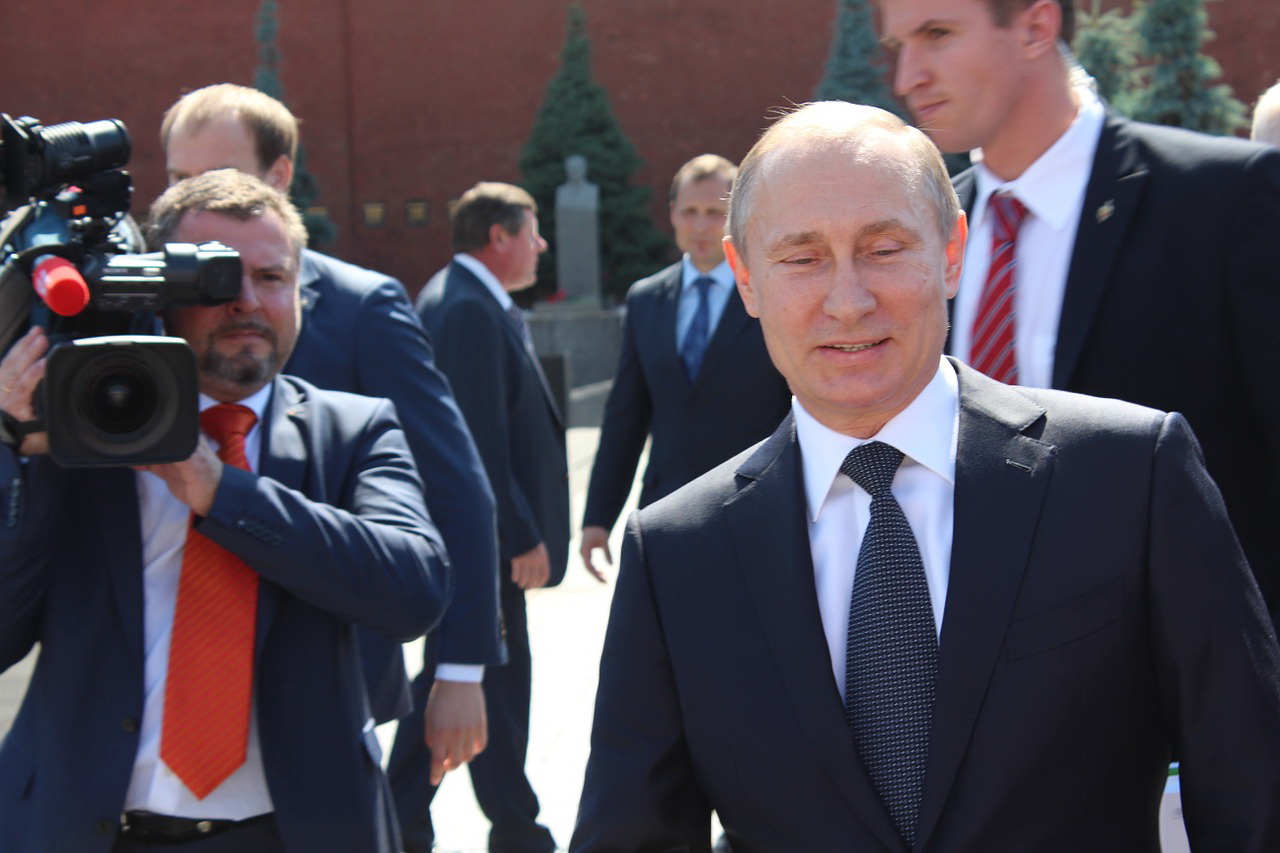 In 2014, when Russia annexed Crimea and involved itself in the secessionist wars of Donetsk and Luhansk, the consequent international sanctions from the European Union and America signaled an end to Russia’s positive diplomatic relations with the west. Now, almost three years later, these sanctions have failed to act as a deterrent for Putin to yield Russia’s control over the southern and eastern regions of Ukraine.

November 2016 has been a landmark month, seeing political leaders who are supportive of Putin and his policies on the rise in both the EU and America. The upcoming elections of Germany and France in 2017 raise even bigger questions on what the future of Russia’s relations with the West could be.

The populist leaders and admirers of Putin have emerged both to the left and right of the political spectrum. Marine Le Pen, Nigel Farage and Donald Trump, having all expressed their admiration or support of the ‘respected’ leader, serve as fine examples of this phenomenon on the right. Yet, Europe cannot ignore the fact that leaders from center and left-wing parties are also favoring closer ties with Russia. In Bulgaria, independent candidate Rumen Radev won the second round of the presidential election the same weekend as Moldovan candidate Igor Dodon, both pro-Russian yet socialist leaders. The outcome is particularly alarming in Moldova, where now, after seven years of deepening ties with the EU, the country is ruled by a President who wishes to scrap the existing Association Agreement and instead join the Eurasian Economic Union. Dodon is not unlike Radev in that both leaders surfed to power on a wave of anti-establishment sentiment, shaped by persistent corruption and poor economic growth under the previous pro-EU leaders. The rhetoric that surrounded their triumph is not dissimilar to Trump’s accusations against “Crooked Hillary”. Radev has aligned himself with Trump further, praising the president-elect’s statements on an increased dialogue with Russia, arguing that this “gives us hope for a peaceful solution to the conflicts both in Syria and in Ukraine and for a decrease of the confrontation”.

Bulgaria’s new leader will join a longstanding opposition force in the EU regarding the continuation of sanctions against Russia. Greece’s Alexis Tsipras, Italy’s Matteo Renzi and Victor Orban of Hungary have consistently expressed discontent with this regime. Meanwhile in Estonia Juri Ratas has recently been sworn in as leader of the centre party and Prime Minister of the coalition government. His party is traditionally pro-Russian, but has distanced itself of late from its links with United Russia. While Ratas has not expressed a will to alter Estonia’s foreign policy, only time will tell what the ‘biggest policy shift since Estonia regained independence’ means for the Baltic nation.

While the Bulgarian and Estonian elections have hardly attracted significant attention, François Fillon’s win in the Republican primaries reflects a more worrying shift in the dynamics of Europe-Russia relations. The more conservative contender for the party leadership could face a head to head with Marine Le Pen in the second round of the election. Fillon, in stark contrast to his former rival Alain Juppé, has hinted at siding with Russia in Syria and is fervently against economic sanctions. In April, he welcomed a parliamentary resolution that called for a lifting of the sanctions – labeling them counterproductive and “inept and strategically devastating for our farmers”. In his view, Europe cannot sanction Russia if the two sides are going to unite successfully to fight Islamic State. As for Le Pen, her admiration for Putin is no secret, and her party has recently confirmed that it receives Russian funding. Across the border, Angela Merkel must defend her position against the far-right AfD party, whose leader Frauke Petry also opposes sanctions against Russia.

So what does this mean for the EU? In a Foreign Affairs Council of March this year, the EU committed to engaging in a ‘twin track approach’ with Russia by pursuing selective dialogue while maintaining sanctions. The aim of this was to maintain unity in the EU in light of discontents from some of its (typically southern) members. However, as time has passed, it seems to be evident that this approach is not enough. While the circumstances in each country that have led to the victories of pro-Russian leaders are by no means interchangeable – one can certainly see dynamics that link their policies. Euroscepticism unites some of them, others are anti-establishment. Almost all are impacted by damaged economies and growing anti-immigration sentiment. An increasing number of leaders are deploring the effect that the sanctions have had on their own economies. Unfortunately, the reality is that most of these states are poorer members of the Union who feel that they are the ‘losers’ in the sanctions scenario. That does not mean that the great powers are not impacted, with Germany and France losing a whopping 36 billion and 8 billion euros in exports to Russia respectively. Traditionally, the role of these two large powers in the Minsk dialogue means that they have been consistently firm in their stance on the rollover of sanctions, but the elections of 2017 could signify a dramatic end to the status quo.

These are unpredictable times, and the EU needs to address the challenges faced by the rising popularity of pro-Russian leaders. Increasingly radical trends to the left and right of the political scale signal a need for a response to ongoing economic and migration crises. It is so far unclear how far into Europe Russia’s growing influence will extend. What the EU member states should remember during these political shifts, is that sanctions are not designed to benefit the nation that imposes them, but rather to send a political message to those in breach of international law. These sanctions serve as a reminder that Russia’s occupation of Ukraine cannot be tolerated. A softening of this stance therefore would fail to solve the crisis there, contrary to what some of these leaders might argue. Economic grievances should not stand in the way of democracy, human rights, rule of law, and territorial sovereignty, which are the joining forces of Europe. To neglect such values threatens the very basis on which the union was founded.