Rewilding: why it may be time for Europe to take a walk on the wild side 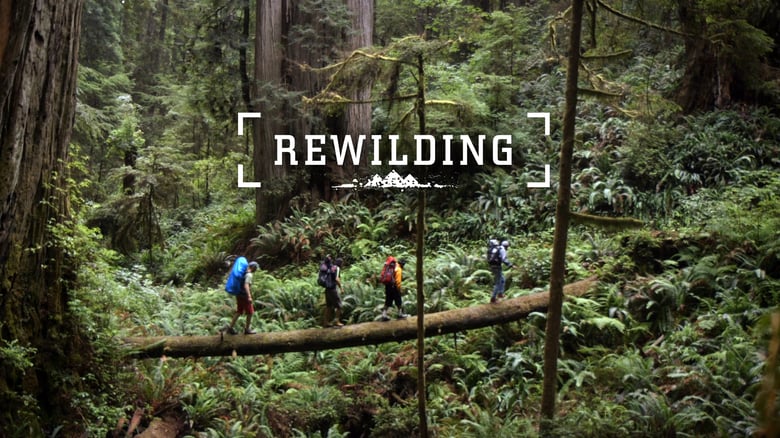 Rewilding is a novel conservation approach that aims to allow nature to manage itself, free from human influence, thus allowing it to return to a ‘wilder’ state. It’s an appealing idea – but what would this mean in practice?

Despite current conservation efforts, every indication points to the fact that our biodiversity and, along with it, our ecosystem services are in a dire state. Reports indicate that we have lost up to 80% of our insects in what is being called an ‘insectageddon’, and the recent state of nature report estimates that 60% of Britain’s species are now officially in decline. Even our language is suffering a loss of wildlife, with natural words such as acorn, blackberry and butterdrop being dropped from the English dictionary, which highlights the unimportance nature in today’s culture. Evidently, something must be done, fast, to save our wildlife and our social connection to it.

One somewhat radical conservation approach proposed in response to this is ‘rewilding’. This is a practice that focuses on rehabilitating natural processes, allowing the land to be ‘wild’ and manage itself  free from human influence.

Rewilding is, at its core, essentially the restoration and re-establishment of lost or degraded ecosystems and species. Rewilding Europe contends that “wild nature a fundamental part of Europe’s natural and cultural heritage and an essential part of a modern, prosperous and healthy European society” – but what would this new, ‘wilder’ Europe look like?

In practice, rewilding is an umbrella term that encompasses a range of practices that are contextual. In a Europe, rewilding includes the reintroduction of previously extinct species such as beavers, lynx and wolves, and exchanging traditional, interventionist land practices, seen in areas such as the uplands of Britain, for passive. The ultimate goal of rewilding is to allow the land to manage itself free from human intervention. It is also advocated as a ‘win-win’ for both people and nature as it is proposed as not only a conservation method, but also a method of reconnecting people with nature, thus also ‘rewilding’ people.

Rewilding is, however, not without controversy. The reintroduction of large carnivores such as wolves is a particularly contentious issue, especially with farmers in regards to the protection of their livestock. This raises pertinent questions as to how farmers will be compensated for loss of livestock in the event that a wolf decides to snack on a tasty sheep.

Furthermore, opponents take issue with the concept of what it means to be ‘wild’. Some argue that, as our landscapes have evolved with humans over many thousands of years and hold cultural importance for many that work the land, humans are inextricable from nature. Moreover, rewilding proclaims to be ‘future oriented’ but bases itself in ideas of the past, which some see as a step backwards and an inefficient use of the land.

A practical case for Rewilding: why it’s more than just a ‘wild’ idea

However, it is worth noting that rewilding actually goes far beyond an ideology. In fact, there are actually a number of practical purposes that it can hold for a community which can make rewilding an appealing prospect for policy makers.

Firstly, there are numerous examples of how rewilding can be coupled with ecotourism which can create revenue in areas where traditional industrial practices are no longer economically viable, for example in the UK highlands, where sheep farming has been in decline for years.  Rewilding can create a renewed interest in an area, with opportunities for ecotourism, outdoor activities and hiking amongst other benefits.

Furthermore, the UK has in recent years been struck by a number of damaging floods. Rewilding offers a cost effective and efficient solution, as tree regrowth works to stabilise the soil with roots, impeding the flow of rain from the hills and absorbing vast quantities of the water thus preventing a flood from occurring and offers a logical and pertinent solution to this problem.

It is also worth noting that there is an obvious hypocrisy when countries such as the UK advocate tree planting and preservation programmes, such as REDD+ programmes, whilst not practising this ethos at home. As George Monbiot, who spearheads the rewilding movement in the UK, points out, in some cases conservation practices in the UK actively work to prevent tree growth, which is not only hypocritical but also makes little ecological sense.

A conservation method worth serious consideration

Rewilding remains an ill-defined concept and would therefore be necessary to consider each rewilding project on a case by case basis. Although this could pose a problem at the policy level, this should not detract from the fact that there is real potential in rewilding to re-invigorate and recharge areas with new life in a way which can be a triple win for the environment, people, and the economy. In order to explore this potential to the fullest, research must focus on how such practices can be sensitively and democratically implemented with the full consent of those living in the area.