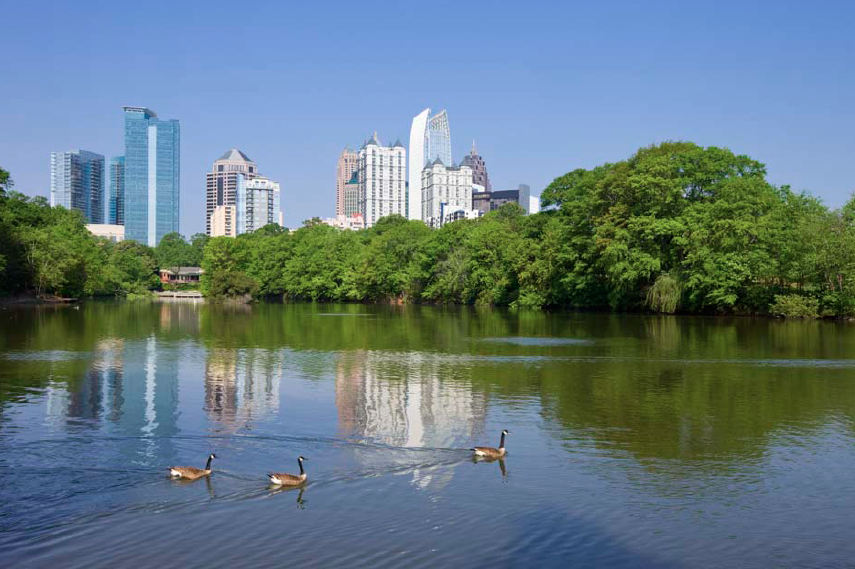 The freshly released Sustainable Development Goals (SDGs) please ecologists: Unlike the Millennium Development Goals (MDGs), the SDGs have ‘environment’ firmly enshrined in almost half of the 17 Goals. And yet Goal 15 on biodiversity loss makes us grin to a certain extent, as it seems to assume that nature can only be found on the countryside.

On 25 September 2015 more than 150 world leaders agreed to adopt the freshly released SDGs of the United Nations (UN). SD Goal 15 promises to tackle biodiversity loss. But to tackle that Goal we need to find synergies with other SDGs, since none of them can be achieved without sufficient progress in others. UN Secretary-General’s Special Adviser on Post-2015 Development Planning Amina Mohammed also believes that we need to concentrate on these interdependences.

With this in mind, let’s start thinking of what other Goal would need to work with Goal 15 to reach the targets.

Take Goal 11 on sustainable cities: While the world is getting more and more urbanised – the UN predict that the rural land conversion into designated urban areas will increase dramatically as cities will be hosting more than 60% of the world’s population by 2030 – international nature conservation laws of today solely focus on the conservation of rural biodiversity. Nature is only to be found on the countryside as it were. In other words, the only official solution available for biodiversity conservation is designating conservation areas in rural zones.

The answer is straightforward. Instead of exempting cities from conservation targets, we need to conserve the existing nature in cities and re-establish them as ecosystems on par with rural ones. While mainstream belief would separate nature from cities and would not acknowledge the existence of biodiversity in cities any more than the existence of rats or pigeons, the findings on urban biodiversity demonstrate far beyond that.

These findings suggest that what we need to protect is among us.

But we also need to look at other continents, different climates and other urban landscapes with differing traits before we can reach a general conclusion. Importantly, before we can talk about reaching the targets of Goal 15, we need to rethink the ‘nature’ of, and in, cities. We need more research to discover what other gems we might be living together with, in order to make sure these species survive as we increasingly move into cities.

This means that we also need to structure urban areas in line with ecological principles: Sustainability in a city should not solely focus on better infrastructure, better transportation or better sanitation. It is not possible to think of a sustainable city without the visible aid of ecosystem services, which can only be balanced by acknowledging the presence of biodiversity in cities.

In order to progress within Goal 15 on halting biodiversity loss, sustainable cities and Goal 11 are only one of the many places to look at. Additionally, endorsement of biodiversity in urban areas is only the beginning of a long untamed path. Luckily, Goals 11 and 15 give us a head start for collaboration.