Talking to my daughter about the economy (Book review) 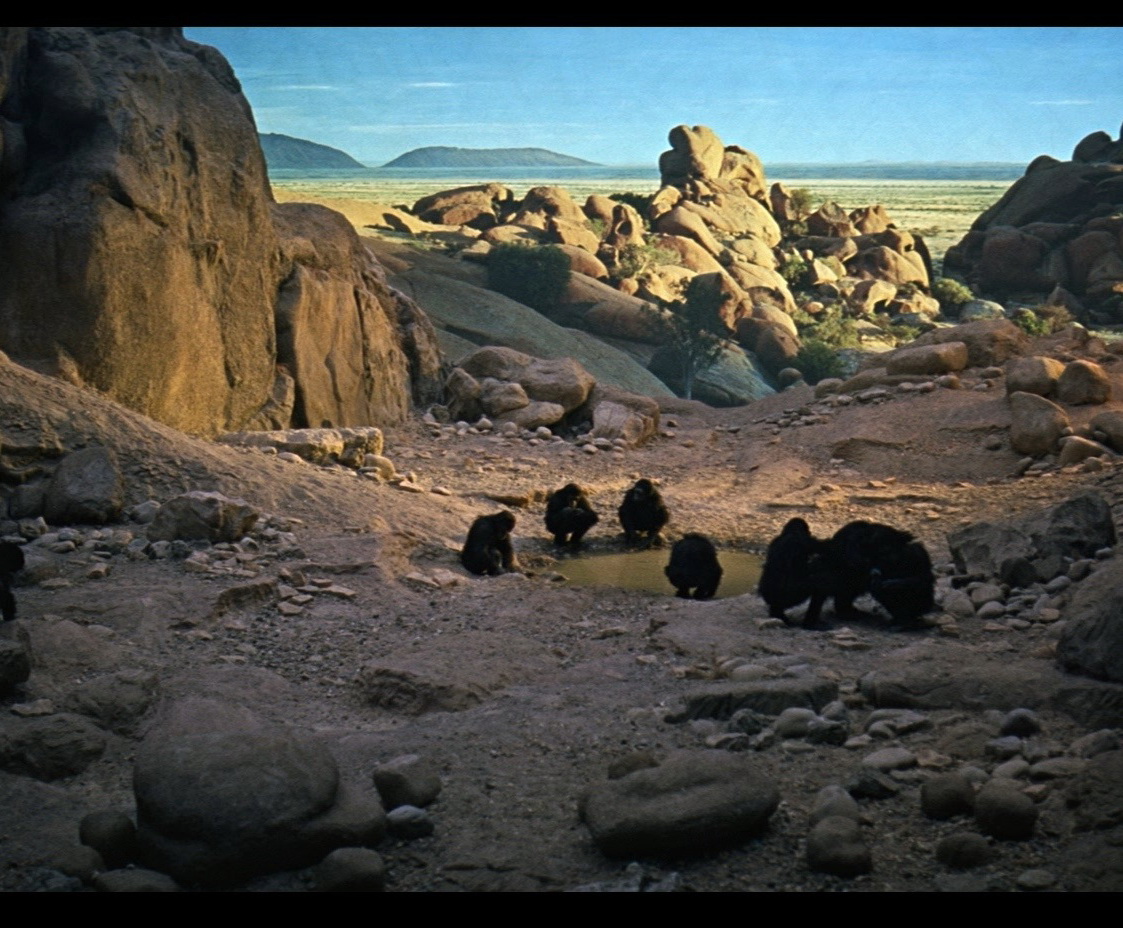 I expected a lot from Varoufakis’s economics for teenagers. I believe that basics of economics and entrepreneurship must be part of the high school curricula (possibly even of the last grades of the elementary school). Citizens who possess basic economic knowledge could more easily understand manipulations performed by politicians (when salaries and pensions are cut to finance party employment in the public sector); they would know that market prices depend on other people’s tastes and ability to pay, and not on the nature of the capitalist who produce them; or they would know that there is no such a thing as free meal – when the government gives you something for free, someone always had to pay for it.

On the basic level, economics is not a complex science. I am sure that an average high school kid would be able to understand the basic ‘laws’ of economics. To some extent, Varoufakis achieved this goal in his book. The book is mainly written in a simple and accessible language, at least to those who succeeded in grasping the complexities of books on Harry Potter, for instance. The book is full of convenient examples from classic literature and pop-culture (Faustus, Frankenstein, Blade Runner, Star Wars, Matrix etc.). This is where the attraction to this book ends. Everything else is controversial and actually – wrong.

Varoufakis failed to stick to a simple rule: you can introduce young people only to uncontroversial issues. For example, the ‘law’ of supply and demand is rather uncontroversial – it affects prices whatever you think about it. The same applies to inflation – if the money supply grows, the general price level must rise. You may not like it, but you should not pin the blame on the seller. But, issues such as how economy can explain the conquest of indigenous Australians by the British and not vice-versa, or, why natural resources are depleted – might be rather controversial.

Varoufakis tries to answer such questions: Why did the British enslaved the indigenous Australians and not the other way around? How does this relate to economics? Varoufakis’s claim is that the answers to these questions is surplus values. Societies that create surplus value, but at the same time lack natural resources, tend to become conquerors. When nature does not offer you much, you accumulate wealth (this kind of argument can be found in two Varoufakis’s books – Global Minotaur (2013) and the Modern Political Economics (2011).)

Surplus creates alphabets, money, (banking) debt, religion, technology, states, bureaucracies, sciences and finally, armies by which the British conquest Australia. Why did the indigenous Australians fall short in creating such a refined societal structure? Well, it is because they had plenty of everything, hence there was no need for surplus. Consequently, in organizational terms, they simply got stuck on the ladder-level of tribal communities – unable both to conquer and defend themselves.

Let us assume this was true. By the same token, poor nations possess a comparative advantage: they face scarcity, feel the pressure for survival and need to come up with added value in order to endure. The higher the scarcity, the higher the pressure of creating surplus. Hence, the probability of becoming a technologically more advanced society than other societies is higher. But the highest scarcity can be found on the African soil. Shouldn’t then Africa be the strongest continent in the world? Not really, says Varoufakis, since Africa has an elongated North-South shape, unlike Europe, which stretches from East to West. This enabled the Europeans to convey agricultural crops which grew in all geographic areas. On the contrary, Africans were not able to do this because the agricultural crops which grow in say, Zimbabwe, could not grow near Ecuador or Sahara. That’s how the African people never got to create added value, become rich and enslave the Europeans or Americans.

This argument is a reiteration of the 1997 book Guns, Germs and Steels by Jared Diamond and the so-called geographic determinism. However, in 2012 Daron Acemoglu and James Robinson issued the book Why Nations Fail where they refute Diamond’s theory (Chapter 2) arguing that it is the political and economic institutions that determine a nation’s wealth. Africa and Latin America had extractive institutions (a type of institutions that inhibit economic growth and welfare) before the arrival of the Europeans. Europeans have only built on the institutional design and continued the process started. At this point I do not want to get into the dispute between institutionalists and geographic determinists (I am, by the way, an institutionalist), except to say that this dispute is still unresolved. Varoufakis, however, believes that it is. I think that it’s wrong to present such issues to 12-18 year olds as uncontroversial.

Overall tone of Varoufakis’ book is that market economy (with adjacent institutions such as banks) is to blame for many misfortunes of this world (at the same time, the market and the capital are being given the characteristics of a living being). This can be seen in the discussion about ecological disaster and exploitation of natural resources. For Varoufakis, it is the fault of the market economy and the accompanying belief – that everything can be bought and sold (have an exchange value). For the purpose of explaining, Varoufakis provides the example of an ecosystem where fishermen live and catch trout. According to Varoufakis, such ecosystems must fail when an exchange value can be assigned to trout, because it marks the moment of over-fishing, which eventually leads to extinction. By way of working against the nature, people are working against themselves.

What Varoufakis describes is known in political economy and game theory as the tragedy of the commons. This problem, however, is not necessarily a consequence of market economy or the level of technological development of a community, but rather of high opportunity cost of waiting and of the size of a population.

To explain his thesis, Varoufakis could have used, as an mots compelling illustration, the first ten minutes of Stanley Kubrick’s 2001: A Space Odyssey in which two groups of apes are fighting for prevalence over a pond. The lake represents the commons, on the usage of which everyone has the right. The example is suitable, because it shows the consequences of the usage of the commons in an environment not characterized by market relations or the existence of the state. Even though everyone may use the pond, one group of apes decides to violently take over the pond, thus preventing the other group from using it. The resulting distribution is deeply unjust. But how is such an outcome possible when in the dawn of civilization (Kubrick’s Odyssey starts at that period) there was no market economy? The answer is: for the sake of prevention. If you do not restrict the right to use of the scarce resource for other people, the others people will, sooner or later, do this to you.

Similar logic can be applied to fishing in a common pond. Let’s assume that for a simple reproduction of the fish population, every member of the community should refrain from overfishing and catch only one fish per day. You could stick to that rule, but how can you know that others will follow the lead? If only one of them starts thinking that: “The fish population will not suffer if only I start catching two fish a day”, reproduction will not be jeopardized. However, if everyone starts thinking equally, the common good must fall.

The same applies to large population. The longer I keep up to the “one fish a day” rule, the chances of surviving will shrink, since the number of users of the fish pond is constantly on the rise. When everyone starts thinking this way, it will result in excessive fishing and possibly extinction. This principle is known as rationality of the individual, but at the same time irrationality of the collective. Every individual is rational in his or her decision to catch more fish. However, when everyone conceives of the opportunity structure the same way, the common good suffers.

In each of the mentioned examples, personal motivations leading the individuals to over-exploit the common good do not have anything in common with the market economy or exchange value. Whether or not the relation of the people toward common good will continue to be unjust and exploitative, depends on which political institutions the society uses to regulate the decision-making on its further exploitation. There are instances in which political institutions accelerated the destruction of a common good, and instances where they preserved it (abundance of examples can be found in Elinor Ostrom’s Governing the Commons for which she was awarded the Nobel Prize in Economics in 2009). Either way, both outcomes are compatible with the existence of the market.

The book ends with a short analysis of the movie Matrix where Varoufakis symbolically gives his daughter a choice between the blue and the red pill. The blue pill represents oblivion. The red represents the realization of the World’s injustices. The World is unjust. Actually, it is very unjust. My only concern is that Varoufakis failed to identify the culprits of injustice: economic inequality is almost always a consequence of political institutions and political decisions interfering with economic relations, and less frequently the result of market relations and free exchange.

The book review was originally published in the ‘Nova ekonomija’ magazine in Serbian, September 2015.