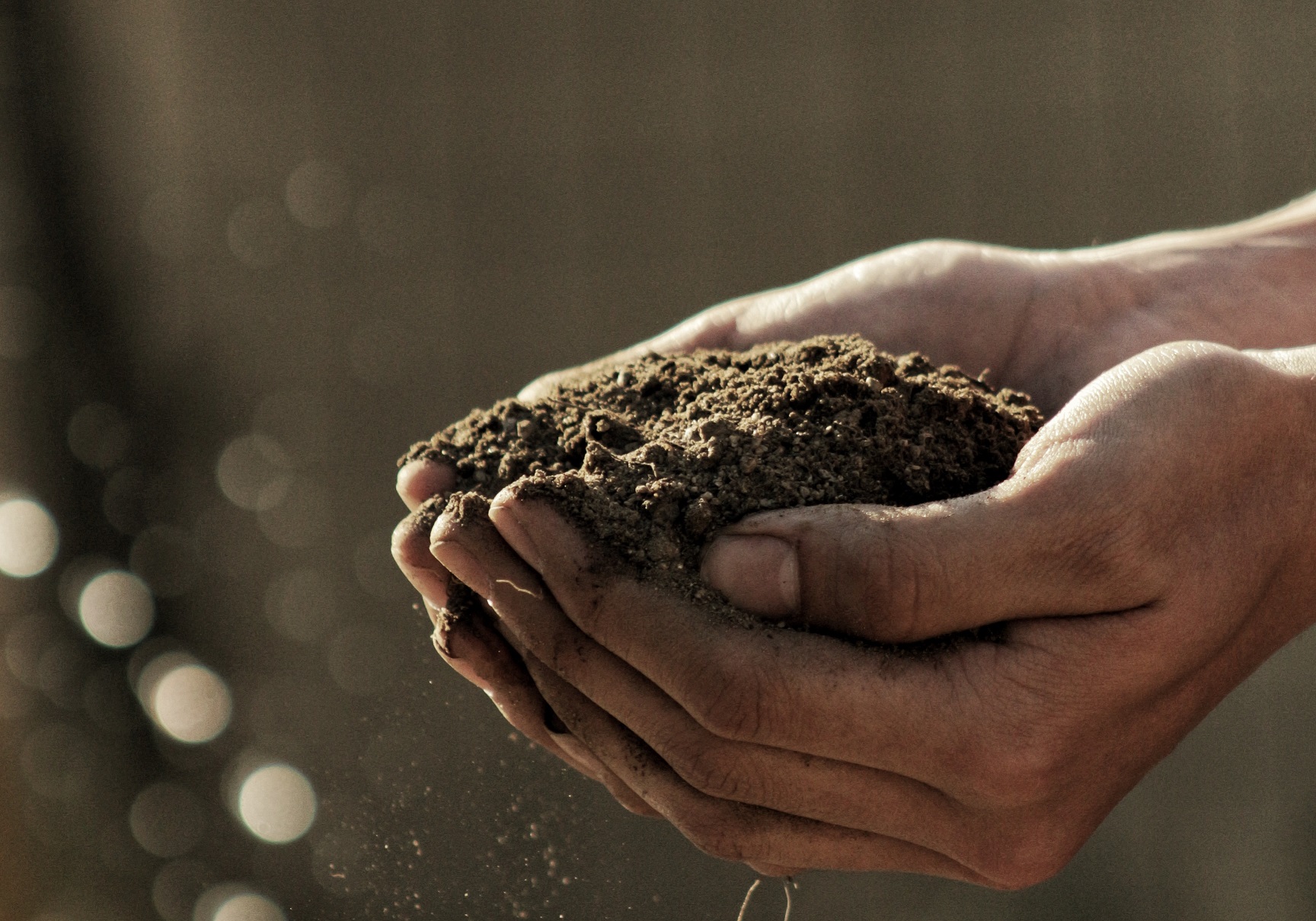 Soil is our most underappreciated, undervalued and yet most essential natural resource. Adopting restorative soil practices plays a key role in tackling many of the major challenges humanity faces today; food insecurity, climate change and biodiversity conservation.

What would you think of if I asked you about soil? Most people spend time avoiding it, washing it off our cars, dogs and shoes. Most people would call soil ‘dirt’ and would usually consider it a major inconvenience. But what would you say if I told you that this dirt that we fastidiously spend our lives avoiding actually held the solution to some of the biggest environmental crises that humanity faces today?

“If we feed the soil, it will feed us”

Soil is so much more than dirt. It is a complex, living ecosystem composed of minerals, organic matter and living organisms that provide the basis for all life. As Grace Gershuny and Joe Smillie, in The Soul of Soil, write “to understand soil is to be aware of how everything affects and is affected by it. We are all part of the soil ecosystem”.

Soil, by providing a source of the essential nutrients we need to grow our food, obviously provides the backbone of a secure and sustainable agricultural system. As the basis of our nutrition, soil health is also intimately linked to human health, a fact that it is severely under-acknowledged. Out of the approximately 29 elements considered essential for human life, 18 are are obtained from soil, and most of the others can be taken up from the soil by plants. Nutrition therefore has its roots in the soil; healthy soil grows healthy food, and healthy food then sustains healthy people. As many as 7 out of 10 of the chronic diseases we face in our era are nutritionally derived. That given, it has been proposed that by focusing on improving soil health, we could slash the work of medical personnel.

But the importance of soil doesn’t stop at agriculture. One of our biggest reserves of carbon is locked up in our soil; it holds over four times the amount of carbon stored in our trees and plants. Soil therefore holds enormous potential to combat climate change. Furthermore, soil is a haven for biodiversity; soil hosts a quarter of the world’s biodiversity, of which we know only a fraction, and soil services, such as water filtration and nutrient cycling, play a crucial role in supporting the functioning of natural ecosystems.

The slow demise of soil

We are only now starting to realise the heavy price we have paid for the short term productivity and economic gains that the agricultural revolution, with the advent of mechanisation and chemical inputs, brought. The routine overuse of destructive tilling practices, mismanagement of livestock, deluge of chemical concoctions and vast monocultures have all contributed to severe soil degradation in recent years.

The estimated rate of soil erosion now exceeds new soil production by as much as 23 billion tonnes per year, an annual loss of nearly one percent of the world’s agricultural soil inventory. This may not seem like a lot, but even now 40% of agricultural soil is classed as “degraded” or “seriously degraded”, with over a third of the world’s farmland destroyed in the past four decades.

What must be recognised is that agriculture must be both a product of and producer of soil; life makes soil and soil makes more life. This is a vital exchange that is currently being neglected to our peril in conventional agricultural practice. Tragically, the destruction of our the soils in this manner actually severely reduces their capacity to cope with disease as normal, healthy soil is able to, upsetting the delicate balance of organisms, fungi and bacteria that work together to protect plants from disease and provide, through mutually beneficial symbiotic relationships, essential nutrients. This then locks us into a cycle of increasing artificialisation whereby our crops depend on chemical inputs, creating an increasingly fragile system that lacks resilience.

As David Montgomery demonstrates in his book, Dirt: The Erosion of Civilizations, soil quality is intimately linked with the success and longevity of society. Societies which flourished on the back of the neglect and abuse their soils saw their demise, such as in the ancient Roman and Greek empires. In comparison, societies that learned to adopt restorative techniques to replace and increase soil quality fared much better, citing Peru as an example which still today cultivates on terraces that were in use more than 1500 years ago.  By degrading our soil at the rate we are, we are slowly but surely sleepwalking into ecological and societal disaster.

What can be done?

However, as David Montgomery asserts, soil restoration provides a rare opportunity for optimism. Unlike other major environmental problems we face today, solving soil degradation is not only achievable, but also cheap and (relatively) simple.

Regenerative agriculture provides us with a key means to do this. This model of food production advocates a combination of the best of organic, animal grazing and conservation practices alongside additional methods which focus on improving soil health and fertility, for example by re-carbonising the soil and using no-till practices. Food activist Vandana Shiva advocates that “regenerative agriculture provides answers to the soil crisis, the food crisis, the health crisis, the climate crisis and the crisis of democracy.”

Alongside the promotion of soil-friendly practices, several other key ‘pillars of action’ have been identified by the Global Soil Partnership in order to tackle soil degradation. These comprise awareness raising to highlight the gravity of this issue, an example of which is their world soil day on the 5th December this year. They also advocate improving the “quantity and quality of soil research” to produce reliable and in-depth information which can then be used to harmonise production and policy practices.

We need an overhaul in our agricultural policies and subsidies to ensure that regenerative forms of agriculture that put soil quality at the heart of their practice are prioritised over conventional agriculture. By combining regenerative agricultural practices alongside valuing soil as the precious resource that it is, we can work to combat the major environmental challenges that we face today.