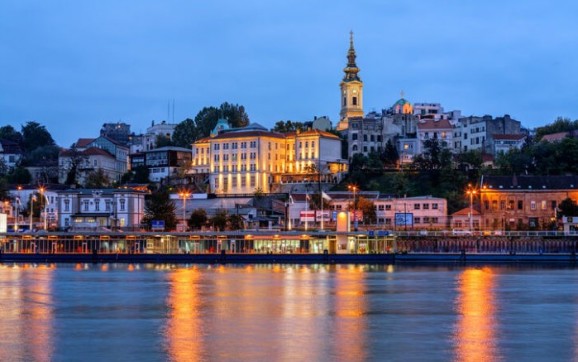 The countries of the Western Balkans are facing numerous socioeconomic challenges, such as a dramatic deterioration in democratic governance, slow rates of growth and high unemployment. Despite the fact that full membership for the Western Balkans countries is unquestionably a long way off, EU approximation represents hope for reforms to prevent the region from fading into oblivion and insecurity. This approximation could best be secured in the framework of the Berlin Process.

Today, six countries in the Western Balkans – Albania, Bosnia and Herzegovina, Kosovo, Macedonia, Montenegro and Serbia – are waiting in the wings to join the European Union. They have implemented policies that aim to narrow the development disparities with the EU and to adopt the acquis communautaire. However, according to the IMF, “the process of structural transformation began to stall…in the face of vested interests and as reform fatigue set in, and remains incomplete.” Despite their progress, long-term convergence towards European standards will require stronger commitment to reduce the risk that further structural reforms are delayed or even reversed, leaving the countries ‘trapped’ in transition. The challenge is therefore how to enhance credible reforms and further convergence of the Western Balkans needed to meet the obligations of EU membership.

I believe that the EU pre-accession period represents a great window of opportunity for reforms that can improve the region’s policies and institutions. What is unique to the Western Balkans is what we may call the ‘EU membership anchor,’ the promise that all countries of the region will eventually join the club. Over the years, the European integration perspective has allowed the Balkan countries to unify and put aside historic divisions, including the legacies of their violent past. “EU approximation represents the best hope for structural and institutional reform,” states an EBRD working paper.

The recent summit of July 12 between the six Western Balkans countries and the neighbouring EU members in the Italian town of Trieste, a gathering for politicians, civil society and business leaders, represented the fourth meeting held as part of the so-called ‘Berlin Process.’ The Berlin Process started as a temporary initiative launched by German Chancellor Merkel in the wake of Commission President Jean-Claude Juncker announcing a five-year halt on enlargement. The series of intergovernmental meetings are designed to keep the Western Balkan countries engaged at a time when the bloc is losing leverage in the region, which could potentially open up space for Russia to gain more influence.

This is why the EU must prove to the Balkans that they still have a chance of joining. In 2003, at Thessaloniki, the Balkan countries were told that their destiny lay within the EU. Yet today the hopes of the six aspirants are faded. “Weary of the endless rows that pass for politics in the Balkans, and burned by what looks like the premature accession of Bulgaria and Romania in 2007, the Europeans have little appetite to expand their club further,” explains the Economist.  The pointless message by Juncker weakened the hands of Balkan reformers, and, along with growing tensions in the region, put institutional reforms at stake. The Berlin Process has been critical in maintaining some attention on the Western Balkans when the accession agenda was stopped. However, it now runs the risk of becoming itself a substitute for enlargement, leaving the Western Balkans countries in limbo. “The political vision of the EU to integrate the Western Balkans simply got lost in the technocratic language of ticking boxes in the list of reforms required for EU accession.” Today, instead of hope, there is insecurity. The past years have provided several bumpy moments, from traditional tensions between Serbia and Kosovo to a political crisis in Macedonia and an allegedly Russia-orchestrated coup in Montenegro.

The question then arises, what can be done? The absence of an EU accession roadmap has led sceptics to speculate that the bloc is using the Berlin initiative to appease the region without integration having advanced an inch. The lack of will for reform is in part because these countries do not see the rewards in terms of EU membership. While Europe remains clearly the only option for their future, the long accession period needs to be filled with tangible and concrete aims for the Western Balkans. Prospective members “need have to have a clear objective with dates accompanying those goals, so that we can say ‘your efforts will have a final goal and will not be in vain,’” as the Italian Foreign Minister Alfano has said.

The Berlin Process, however, has been conceived as lasting only until 2018. The temptation for the EU would then be to return to ‘business as usual’ in the region, pursuing an approach that in two decades has only yielded mixed results. In Trieste, as ever, lip service was paid to the Balkans’ European perspective, but believe me, the EU needs to do more to improve its credibility in the region. The Western Balkans cannot be taken for granted. They represent the biggest geopolitical challenge to the European Union. If the EU fails to provide the clear outcome it envisions for the region, the Western Balkans, and with them the EU potential of becoming a credible global actor, will be lost forever.