The enemy within – Russian influence in the EU 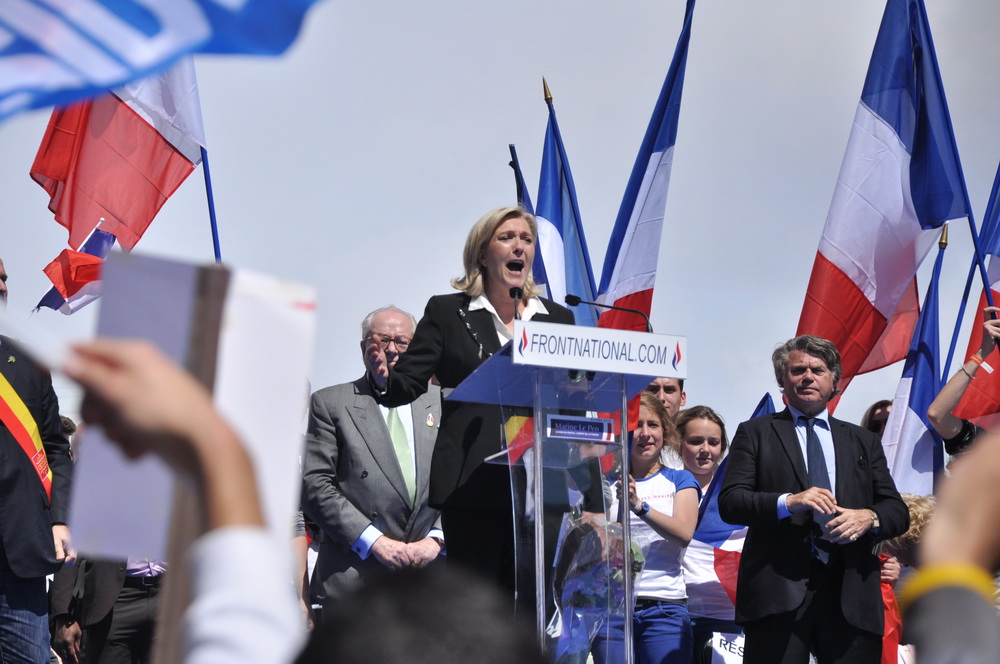 The European Union is in a serious plight that challenges the “Europeanization” idea. Despite of all the internal destabilizing factors, Russian government sought for strategies to undermine the values and the unity of the European Union.

In several situations Russia destabilized Europe: from the annexation of Crimea, escalating the migration crisis to financing European extreme right parties. Some may argue that this is a strong take on Russia and there is lack of evidence. However, public secrets of the European extreme-right anti-system parties are their agenda setting process and the sources of finance. Putin invested in an internal threat within the EU. After several political and socio-economic crises, nationalistic propaganda and Euroscepticism seemed to appeal to European citizens.

Some of the parties vary in priorities but the list of their enemies is nearly the same. Almost all of them list Muslims, minorities, immigrants and other religious, ethnic or racial groups as enemies of their country. National supremacy is maintained using xenophobia, nationalism, chauvinism, islamophobia, anti-Gypsyism and anti-Semitism. In their point of view this is considered freedom of speech and a matter of ideals. Among many of the extreme right parties in Europe, Russia is speculated to sponsor a wide range of networks. The list includes Jobbik (Hungary), Front National (France), Golden Dawn (Greece), and other European far right parties.

Jobbik in Hungary is one of those parties that started as an alternative to the existing worn out leadership in Hungary. Jobbik in several occasions openly criticized the EU and showed sympathy to Russian leadership and mutual cooperation. Since Hungary has been struck by the crisis, Jobbik continuously fueled the electorate with nationalistic ideals as an answer to overcome the situation. As a result, Jobbik became the second most preferred option challenging the ruling Fidesz.

Even if all the speculation for Russian sources of finance for extreme right parties were false, the financial leaks that link Kremlin and Front National still could not be denied. According to Telegraph, Front National received 9 million euros as a loan from a Russian bank in 2014. This was soon verified and Marine Le Pen does not deny the “good relation” with Russia. The party never won the majority, but it made socialists and republicans build unlikely coalitions in order to rule Front National out.

Greece has always been an important geopolitical player for Russia. Golden Dawn is the Greek answer to disintegration from the EU. Alike other far right parties, Golden Dawn is a pro-Russian far right party that targeted middle class Greeks in order to bring a new order in Greece. Fortunately, after the prosecution of their leader Nikos Michaloliakos for operating a criminal gang, the party lost its track and their influence on national level slowly diminished.

So why should we be surprised that People’s Party in Slovakia won 8% in recent elections? All of these parties do not negate the sympathies of Russia. Although many of them seem to be small players, they achieved to shake national contexts and the values of the EU. As a long-term Russian strategy, they are the only internal players that would be able to challenge the unity of the EU as a whole. The EU is in a deep political crisis generated from several different external and internal factors. In this critical juncture, Putin and his power were underestimated; the EU lost the role of leadership over the Maidan and the Syrian crisis as well. At the policy level, it appears that the EU lacks instruments within institutions to avoid such scenarios.

Although EU integration means working towards multilateral cooperation, in Poland already a populist right wing party (although without pro-Russian sentiments) is in power, questioning this process and challenging the rule of law leaving the EU again without proper responses. Policy wise if the European Commission and the Council do not sanction such deviations, then Russia with this strategy may take the EU to the abyss.