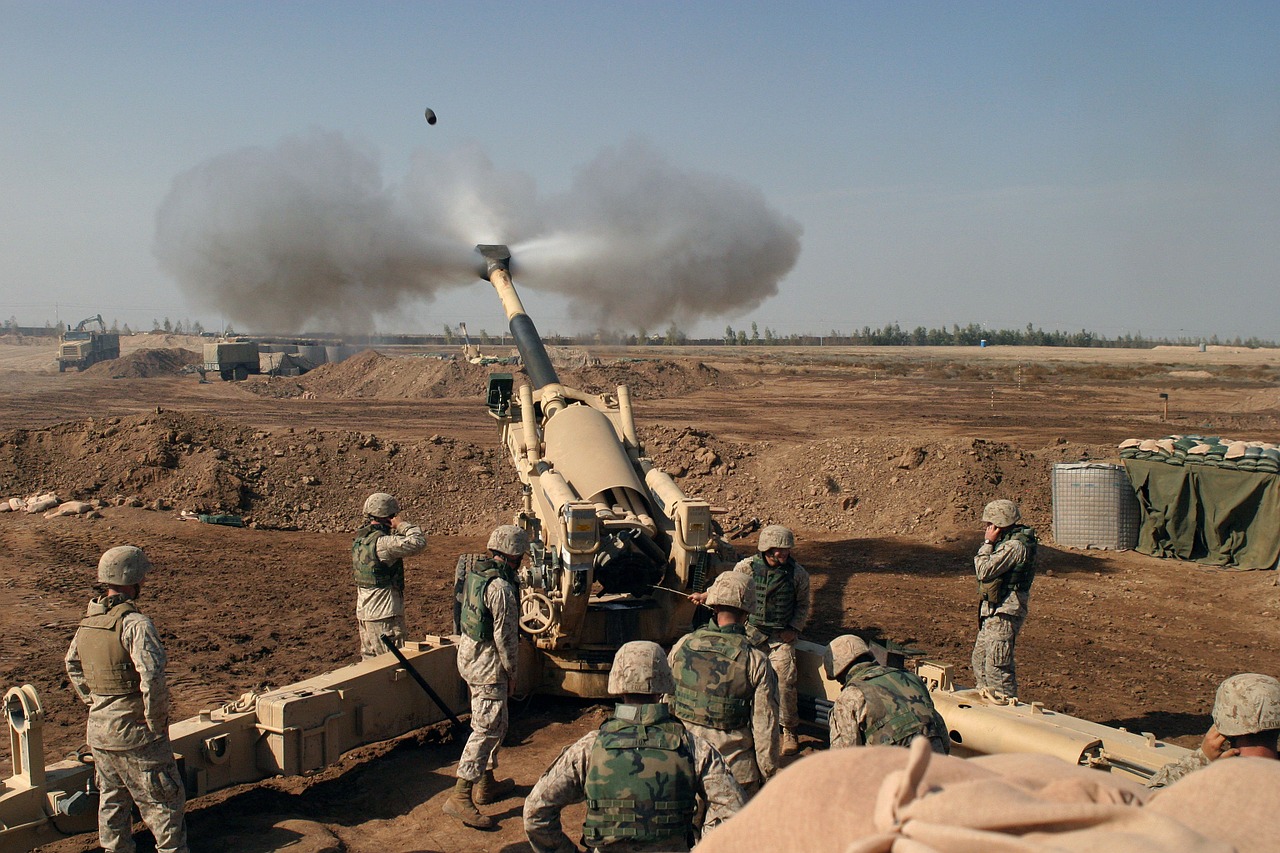 Increased contributions to NATO’s budget might not significantly alter member states’ security situation – the aggressive rhetoric around them could.

Rumour has it that at their much-discussed meeting in Washington, Donald Trump handed Angela Merkel an invoice, amounting to the alleged 300 billion US Dollars Germany “owed” the US for not living up to its NATO budget quota. Although both parties denied this happened, the news still sparked heated debates about NATO’s budget and its relevance for security in Europe and the world. To fully understand the breadth and consequences of the discussion, a closer look at NATO’s history and recent changes in military spending is needed.

NATO was established in 1949 as an intergovernmental military alliance to provide peace and security for its member states. Based on the principle of collective defence, last reiterated on September 12, 2001, the North Atlantic Treaty Organization’s member states are committing to defend each other in case of an external attack. NATO’s budget is to consist of two percent of the member states’ GDP – leaving every member to contribute according to national capabilities. This rule was agreed upon in 2014, leaving member states until 2024 to fulfil this goal. Although experts doubt the accuracy of the measure to assess security efforts, debates persist already about some countries paying less, while others, the US in the first place, pay more.

Despite the current debate, Sean Kay from Carnegie Europe points out that “most challenges to stability in and around Europe—the Eurozone, refugee pressures, energy security, and terrorism—have little to do with conventional military spending. In fact, defence spending diverts resources necessary to meet these challenges.” Still, rising challenges and insecurities cause increasing defence spending already. It is actually a strong sense of unpredictability that strengthens the will to secure one’s nation against possible surprises – regarding recent or potential political changes on both sides of the Atlantic just as much as rising instability in other parts of the world, leading to what some would argue is a redefinition of the post-cold war order.

For instance, for those smaller states at the borders of NATO, fear is rising about potential interventions, and them turning into the playground for disputes between Russia, China, and the US and Europe. In 2016, only Estonia, Greece, Poland, and Great Britain met NATO’s two percent goal. Willingness to increase defence spending in the Baltic states is however going up. Secretary General Stoltenberg announced though that Romania too will meet the target this year, followed by Lithuania and Latvia in 2018.

While defence spending is not a predictor of actual security or insecurity, it is a crucial indicator of international tensions. In fact, most of the times rather than expenditures reflecting real threat, an upward spiralling effect leads countries to increase defence expenditures when their neighbours do so. Since Russia’s annexation of Crimea in 2009, the growth of the Islamic State, and the fear failed or failing states, like Syria, around the same time, defence spending around the globe is not decreasing, and unlikely to do so any time soon. In Europe, Germany is NATO’s second largest financer of the civil and military budget, followed by the UK and France.

What economic consequences arise from this? Although increased military spending supports weapon and defence industries, which especially countries like France, Germany, India or South Korea profit from, also negative economic effects exist, which are more far reaching than it appears at first sight: protectionism, increasing nationalism, and a reduction of trust in the international system, combined with the fear of overall security problems, is at the root of crumbling transnational trust and hence increasing defence efforts. In a market-oriented understanding of international economics, the downward spiral of (perceived) insecurity and economic protectionism, manifesting itself in limits to trade, investment, and financial cooperation – a prominent example are economic sanctions – is thus hardly economically beneficial on neither side of the Atlantic.

Altogether, whether countries meet their NATO target or not does not matter for security   – what does though is the rhetoric around it. Words have the power to create security, or insecurity respectively. When Donald Trump demands increased spending in order for the US to continue protecting Europe, the real security threat is not NATO’s limited budget or need for additional economic resources. It’s an aggressive rhetoric that creates an ambiance of instantaneous insecurity and imminent threat, and sets the tone for future debate. Instead, Jan Techau suggest that stepping up defence capabilities consists not only of spending, but “more defense cooperation, more shared threat assessments, and more leadership by hitherto reluctant nations”. European leaders should hence continue to stay cool and deescalate.