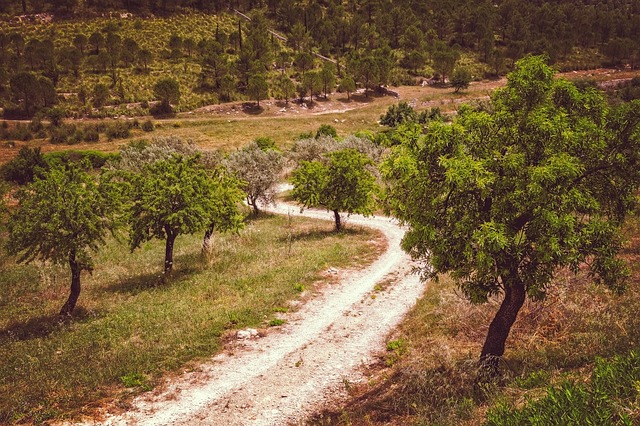 A ‘mysterious’ disease has been killing olive trees in Southern Italy. It is at the centre of a political fight between central institutions and local actors, freezing all interventions.

On April 27th, the EU agreed a total ban on neonicotinoids, the world’s most widely used insecticides, on the ground that they contaminate water and soil and pose a serious threat to bees and other pollinators. Italy was among the Member States that supported the measure.

In February however Mr. Martina, the then Italian Minister for agriculture, approved a decree that imposed to Southern Italy farmers the massive use of pesticides, neonicotinoids included. The stated objective was to defeat the xylella fastidiosa, a bacterium considered responsible for spreading the Olive Quick Decline Syndrome affecting olive trees in Puglia region.

The obligation to use pesticides is only the last of a series of unpopular measures adopted by the Italian government to address the issue and widely opposed by local farmers, citizen committees and administrations, in a fight that has divided the society.

The killer of olive trees

At the end of summer 2013, Italian mass media started to raise the alarm on a mysterious disease killing olive trees in Puglia and jeopardizing oil production. Since then, a heated debate on appropriate measures between scientists, politicians, farmers and associations has precluded action and lead to a deadlock state.

The first symptoms of the Olive Quick Decline Syndrome were actually noticed in Southern Puglia around 2004-2006, but the presence of the quarantine-listed xylella fastidiosa pathogen was discovered in autumn 2013 and notified to the EU Commission by Italian authorities. The EU consequent requirement to eradicate all infected plants and impose phytosanitary treatment sparked outcry among local communities.

Over the following years, the central government has entered a political battle with Puglia administrations, committees and farmers. The state of emergency was declared in February 2015 and a plan of selective eradication and phytosanitary treatment was established. The EU required even stricter measures: the set up of a dead zone between the provinces of Lecce, Brindisi and Taranto where all olive trees within 100m from an infected specimen, even if healthy, had to be cut.

The implementation of the decision was stopped first by the Lazio administrative court and then, in December 2015, by Lecce prosecutor. He provided for the preventive seizure of all olive trees covered by the Xylella decree, in the framework of an inquiry on the responsibilities for the spread of the disease.

The crisis remains unresolved to this day. The last move of the government was the imposition of treatment with pesticides, including neonicotinoids. Ten local mayors have opposed the measure and a coalition of beekeepers, organic farmers and associations have lodged a complaint to the Lazio administrative Court. The EU commented that the imposed pesticide damages the environment, and that the Italian authorities should have notified the Commission before authorizing its use against xylella.

A conflict of visions

The decision of eradicating olive trees has been presented as the only solution to fight the spreading disease. However, behind the strong opposition met at local level there is not only the egoistic struggle of farmers trying to avoid losing their harvest, as some suggest. The general mistrust of institutions and contradictory scientific opinions on causes and treatments of the Olive Quick Decline Syndrome have inflamed the debate.

The National Research Council (CNR), the main Italian public research entity, has identified the xylella pathogen as the trigger of the syndrome. Others however maintain that the disease is borne by various pathogens (insects, fungi, bacteria) and, most importantly, that olive trees become infected only when already weakened. Puglia soil has indeed been poisoned for decades with the overuse of pesticides and all kinds of environmental contamination, and now is almost sterile. Watering plants with more chemical treatments seems thus counterproductive, while biological and traditional remedies have proven effective on some trees.

It is worth noting that, in any case, the measures taken by the EU Commission have always been meant to fight the xylella fastidiosa, considered highly dangerous if spread, and not the olive trees syndrome in itself. However, the same European Food Safety Authority (EFSA) has recognized the failure of all attempts to remove xylella by eradicating olive trees at international level.

Looking for the truth

The difficulty in understanding the various positions in the Puglia olive trees’ syndrome case is connected to the lack of openness to dialogue of both sides and the too frequent tendency to shout at each other instead of cooperating.

Politics and deep-seated contrasts have complicated an issue that should have had from the beginning a technical solution. In addition, mass media have made the case widely known to the public while providing partial and biased data, further contributing to confuse things.

And while everyone feels entitled to have their say in what seems a nation-wide shouting competition, the syndrome silently continues to spread. How much longer will we wait to take action?