Europe’s ‘Other’ Refugees: Denying asylum to the continent’s most persecuted minority 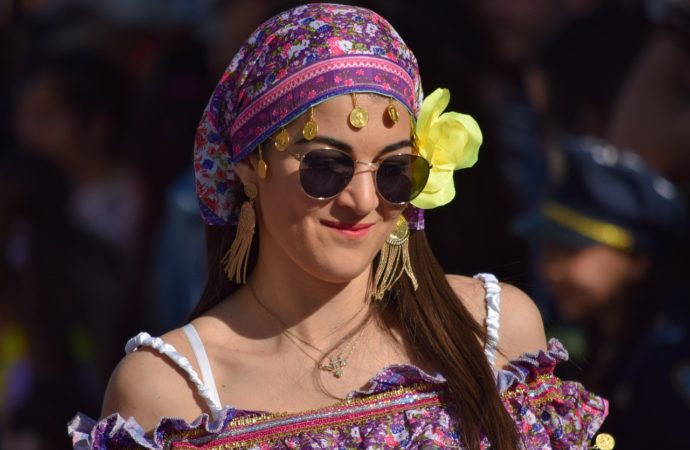 The European Commission plans to establish a common list of ‘safe countries of origin’ (SCO) across EU Member States in a bid to deal more efficiently with asylum claims from nationals of countries where persecution is deemed unlikely.

The Commission maintains that harmonising SCO lists will deter ‘abuse’ of asylum systems and facilitate accelerated processing of claims that are likely to be unfounded, freeing up resources for ‘genuine’ asylum seekers. I argue, however, that in targeting Western Balkan countries, this list will disproportionately affect the success of asylum applications lodged by members of Europe’s most persecuted minority, the Roma, and will add institutional legitimacy to widely held beliefs that Roma are ‘bogus’ asylum seekers undeserving of international protection.

The SCO concept has been a controversial feature of the EU’s common asylum policy since its adoption under the Asylum Procedures Directive in 2005. The practice of using accelerated procedures to assess claims from ‘safe’ countries has generated substantial criticism, recently coming under renewed scrutiny for eroding procedural guarantees and placing an excessive burden of proof on the applicant.

There are, however, currently twelve EU Member States using these SCO lists, and if all goes as planned these will be replaced with a common list in three years’ time. The countries proposed for this list are Turkey and the six Western Balkan states (Albania, Bosnia and Herzegovina, FYR Macedonia, Kosovo, Montenegro and Serbia), whose nationals collectively made up 17% of the asylum applications lodged in the EU in 2016.

What these statistics hide is the fact that the overwhelming majority of asylum claims from the Western Balkans are made by Roma. Deutsche Welle estimates that upwards of 90% of asylum applications lodged by Serbian nationals are by Roma, for instance, and similar percentages likely apply to asylum seekers from other Western Balkan countries. In late 2015, the German government decided to extend its SCO list to include Albania and Kosovo (both ranking in the top five countries of origin for asylum claims in Germany and the EU in 2015), as well as Montenegro. These additions have prompted accusations that Western Balkan nationals, and Roma in particular, have been unfairly targeted in an effort to cope with the overall rise in asylum applications in Germany.

The European Commission now risks making Germany’s crisis management strategy a permanent feature of the EU’s common asylum policy. Its proposed SCO list institutionally legitimises widely held beliefs that protection claims lodged by Roma in EU Member States are opportunistic and fraudulent, rather than based on potentially legitimate grounds for asylum. For the EU to collectively adopt the Western Balkan states as ‘safe countries of origin’ would be to turn a blind eye to the structural nature of Roma people’s social exclusion and discrimination in the Western Balkan region. Indeed, by the standards of the UN Refugee Agency (UNHCR), the cumulative counts of discrimination Roma face can amount to such extreme situations as to be considered a form of persecution, thus constituting a valid claim for international protection.

What is at stake, then, is institutionally reinforcing a hierarchy between ‘deserving’ refugees from the Middle East and ‘undeserving’ Roma from the fringes of the European Union. In recent years, the European Commission has repeatedly stated its commitment to fostering the social inclusion and protecting the rights of Roma EU citizens. I believe, however, that the Commission has a responsibility to extend this commitment to Roma living in Western Balkan countries, all of which are currently either potential or official candidate countries for EU membership. At the very least, it should ensure that it does not undermine their rights as enshrined in international and European law.

Even if the finalised proposal respects the European Parliament’s insistence that minorities from these ‘safe’ countries be exempted from accelerated processing of their claims, the common SCO list would continue to circulate prejudices that Roma asylum seekers are fraudulent – prejudices that have previously underpinned appeals from some Member States to reintroduce visa controls for Western Balkan nationals in an attempt to keep asylum seekers off EU territory. The Commission’s SCO list proposal, unsurprisingly backed by EU Member States, is evidence of a similar practice in a different form.

To assume that any country is ‘safe’ and free of persecution is a questionable policy. The fact that Roma EU citizens from Central and Eastern Europe continue to be granted asylum in Canada and elsewhere (even if in low numbers) demonstrates that EU Member States produce their own refugees. As pressures mount on EU officials to reform asylum and migration policies and legislation, supporting national efforts to shut out the most vulnerable minority in the EU’s neighbourhood will only serve to further undermine the EU’s self-image as a protector of human rights.