The truth behind the BitCoin media hype 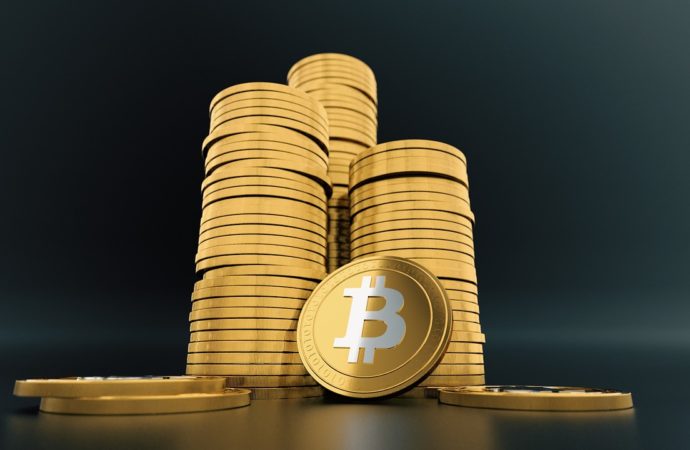 Imagine if every time you read about breast cancer in the newspaper there was an image of a crab holding onto a breast next to the article.

People are very fond of making the intangible become tangible.

The blockchain revolution, cryptocurrencies, and ultimately BitCoin challenge not only our centralized financial system and ledgers, but also our perception of the world – of what is real and what is not. The BitCoin, often presented as the conventional currency killer – exists only virtually. The revolutionary financial settlement system requires no intermediaries, and relies on a peer-to-peer network.

Without straying too far into the realm of blockchain technology, or trying to explain what a BitCoin is (I feel like most people have gone through their blockchain 101 articles so far) – I will focus on what BitCoin is not.

A BitCoin is not a physical coin. The essence of BitCoin as a payment system is the fact that it can’t be materialized or stripped out of its network for individual use. In fact the entire concept of the development of BitCoin was to get away from traditional currencies and centralized financial settlement regimes that we are used to. 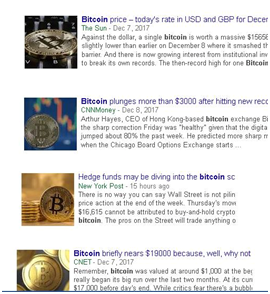 Having said that, how can we then interpret this image? Every major global and local media outlet has chosen to represent a BitCoin with a physical gold-plated iron coin that can be ordered from a Chinese factory for slightly more than a dollar.

Not only is the visual representation of an immaterial concept laughable and incorrect, it is also fraudulent. If we pay particular attention to some of the media images, the Chinese gold-coated iron coin is placed around the Dollar or the Euro bills, creating a double fallacy – not only is the blockchain technology reduced to an iron coin from a remote Chinese factory, this coin is now presented in the context of official currencies, suggesting the coin on the images is a currency in its own right.

This is not only an issue of the responsibility of media to report the truth, and inform the public correctly.

The global hysteria caused by the BitCoin hype plays into the hands of market makers who earn off of transaction fees every time a transaction for buying or selling bitcoin occurs on their exchanges. Every day people need to be pulled into the bitcoin mass hysteria to snowball it further, and what better way than reducing a complex blockchain network to a physical coin that can be traded just like any other commodity or currency in this world? The trade volume is all that matters to those who make money off of Bitcoin – today.

Open your web browser. Type in ‘bitcoin’. First four paragraphs will actually be ads paid by the numerous brokerage firms that allow you to buy or sell this cryptocurrency. If you ever considered investing your savings and did some research, you would come up to the conclusion that there is no easy money if high risk is not involved. For one to open a trading account and to start trading, it takes a few easy steps. Now, you’ve read about stocks and bonds, ETFs and hedge funds, but these days you just can not miss the news about Bitcoin going up. Every day. Doubling its value. Last five years, cryptocurrencies have been drawing financial public’s attention. The pioneer in this industry was, of course, Bitcoin, which helped a few newer currencies develop. In just three months the price of this coin went from $3 226 ( Sep 14 ) up to $16 858 ( Dec 07 ), or even better, in just one month it went from $ 5 857 up to its current value, which is at the moment, around $ 14k. Some might say that high volatility is completely natural for this kind of asset, as it is very dependable on what people think of the currency and are they willing to invest or take out their money. This can be considered as a fact, although seems like nobody tried to understand what really drives the price of this token?

The usual answer you will find is that the mining process takes time, power and an expensive mining machine – which needs to be rewarded with a fair price. The limited number of coins which can be mined moves the price of the coin up as the coins are getting accepted all over the world. Therefore, you can invest in buying machines and start mining, or you can simply just buy coins and wait for their price to go up. Sounds perfect, right?

Now imagine just a few of those nine thousand owners wanting to cash out their investment, as they realized that most of the services they still have to pay using regular currencies. Cash withdrawal on Bitcoin ATMs is limited. What happens if the prices start going down, and users want to reallocate their funds into something more safe at the moment? Well, basically, most of them will lose the money they have invested. A small number of lucky ones will manage to withdraw some cash, others will be victims of trading algorithms that will buy all the bitcoins when its value drops to near zero. Thus, all the money invested will be lost. What are your legal options in case this happens? They do not exist. You bought something that is decentralized, it lost its price, somebody else now owns it, and what you really did was just financing the mining process for free.