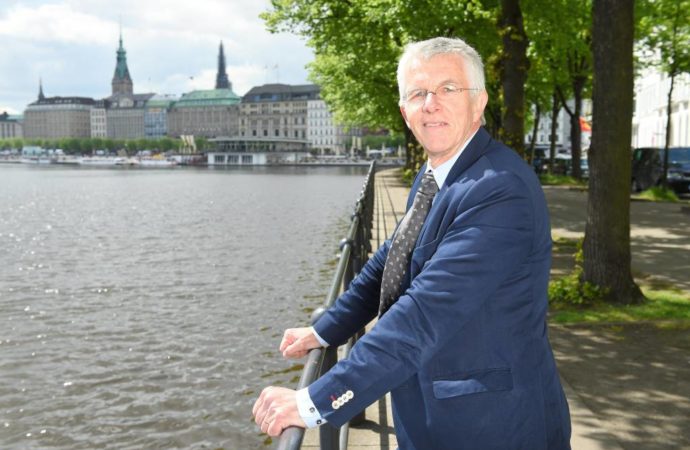 For this month’s Special Report, Prof. Dr. Thomas Straubhaar, professor of Economics at the University of Hamburg, shares his opinion on the current state of affairs in the EU’s economy as well as the future of fiscal integration. He was the Director of the Hamburg Institute of International Economics (HWWI) from 2005 till 2014. In 2005 he joined the IZA Policy fellow network. In 2009 he was awarded the Helmut Schmidt Fellowship of the ZEIT Foundation at the Transatlantic Academy in Washington, DC.

DC: The economic situation of some of the EU members is not very bright with many members struggling with low economic growth rates and deflation. In order to restart the economy, the European Central Bank (ECB) has heavily relied on quantitative easing (QE). Now that such policies have been implemented, do you believe that the usage of QE was a good idea? Is it sustainable to continue “to print money out of thin air”?

TS: If we focus on the short-term effects, we can say that QE has helped to turn around the very negative mood in Europe and helped stabilise the European financial markets. On the other hand, QE is associated with two long-term costs:

(a) the loss of confidence in ECB → the ECB has somehow lost its credibility and confidence to follow the rules that were originally agreed upon (e.g. not bailing out countries and/or financial actors). Other participants in the market may interpret this as a signal that ECB might intervene again in the future;

(b) the distortion of supply and demand within the capital market → QE has destroyed the signals of scarcity and relative abundance in the capital market by pushing interest rates downward. In turn, interest rates have lost their ability to signal the real price of capital – on both sides – i.e. for savings and for lendings. Basically, QE has made capital free of costs. This is not true for the real economy as there must be some costs for the exchange of time preferences between current and future consumption when it comes to capital accumulation.

The sustainability of the extremely expansive monetary politics should be called into question as nobody knows how to exit quantitative easing. Even if someone knew, it would have to be taken into account that markets have already adjusted to the idea that the ECB is not only part of but player in the market. Stopping the interventionism of the ECB will force the markets to self-adjust again.

More and more economists are looking for alternatives to QE. One of them is the helicopter money solution. It is supported because the money could be directly given to specific market actors and not pumped into financial markets as QE does. How do you see this alternative?

I think that the helicopter money alternative, which has been extensively researched by Ben Bernanke, could be a solution in those cases in which a short term market shock has occurred. The Lehman Brothers fail was a shock, which extended to the entire financial system. Instead of flooding the banking system with liquidity, the American Government could have helped its citizens overcome the difficulties of the financial crisis by offering different monetary and financial assistance. For example, by targeting actors more directly affected by the dramatic fall in housing prices, the burden of the recession could have been eased to a greater degree from those suffering most.

However, the prolonged Eurozone crisis has too many culprits. Even if you want to give money for free, you do not know to whom. You have already tried to re-vitalise capital markets by engaging in QE. The market is already saturated with “money printed from thin air”. Printing more will only further destabilise the financial and capital markets.

Therefore, the idea is to understand that the helicopter money alternative and QE are measures that tackle short-term problems related to business cycles. They cannot work as long-run growth strategies.

[box type=”info” icon=”none”]What should these long-run growth strategies be based on?[/box]

First, we should put an end to the market interventionism. We are far away from having free capital markets. They are strangulated at the moment. We should allow the forces of supply and demand to re-adjust the credit and financial markets.

After stepping out from the market, we can focus on what enhances sustainable economic growth: increased competitiveness, modern infrastructure, education, and innovation.

It is clear that QE hasn’t alleviated the existent discrepancies across the European Union when it comes to income levels (East vs. West) and unemployment rates (North vs. South). Can convergence still be achieved? If yes, how?

I am very pessimistic. We live in a world of divergence and not of convergence. However, more convergence can be achieved across the European Union. Firstly, institutions matter. They matter as they enable governments to work in an efficient and effective way. Therefore, the legal framework of any state is important. Secondly, a country has to guarantee people the necessary educational framework in order to help its citizens develop their individual capacities and skills, and increase their individual knowledge. If the institutions work, the long-term effect will be that both economic and societal incentives are provided, encouraging educated citizens to remain in their home country.

A good example within the EU is Ireland. Ireland was a relatively poor country in the past, with high rates of emigration and political instability. However, in the last 25 years Ireland has managed to convince young citizens not to leave the country and to invest into their future in Ireland. The inclusive institutions created in Ireland endured the effects of the 2008 financial crisis. Such institutions have now seen Ireland exceed the levels of economic growth expected before the crisis. Ireland is a good case that has to be analysed in order to understand how convergence across the EU can be achieved.

At the moment, the EU is only a Monetary Union. It does exercise fiscal discipline with the Stability and Growth Pact but a fiscal union is out of sight. Do you believe that further integration is possible?

Monetary union and a common currency with national fiscal policies will always be an instititutional   mechanism that provokes problems (e.g. bail out issues). This comes from the different needs of the national governments for specific fiscal rules at certain times according to national caracteristics and interests. A multitude of national fiscal policies provoke asymmetries and troubles. Personally, I am for a common fiscal policy. However, the reality shows how powerful the forces of decentralisation and nationalism have become. It will take a long time before realistic discussions of a fiscal union re-enter the European agenda.

What are the most convincing arguments for and against further European integration?

When it comes to advantages, we have to refer to: economies of scale; economies of scope; reduced negative and increased positive spillover effects; enhanced collaboration with other market actors; better financial and economic organisation of the fiscal union member. The disadvantages are related to the way in which the fiscal union will be governed. Will a central authority govern over the fiscal union? Or will there be more competitors? I believe that the main problems are political in nature, and not economic.

Nevertheless, once you have decided to go to a kind of currency union with a common monetary union, you also have to go the next step forward – common fiscal policy.

Not necessarily. When it comes to fiscal policy, it is not either fiscal policy union or national policy union. We can have both. We have the examples of different federalist countries. We can adopt the general rules of a fiscal framework at the level of the European level, while the execution of the laws can be delegated to the national bodies. We can still have a national tax law, a national fiscal policy, only that would be part of a larger European framework in the form of the European Fiscal Union. For example, in Switzerland we have national taxes and community taxes. It is possible to have national taxes and European taxes.

Is the European Union capable of promoting further integration at the moment?

Personally, I do not believe so. Too many actors are too short-sighted now. The European Union did not deliver its promised prosperity and well-being in many states. This allows some politicians to come up with easy and harsh solutions that can be understood by everyone (e.g. Brexit). We are not even sure that we can somehow enforce the pacts and contracts that have already been settled (e.g. the European Stability and Growth Pact during the Eurozone crisis).

Economic arguments can help. However, they are complex and more difficult to explain. According to the political science literature, it is easier to offer simplistic solutions to voters who view the future with a great deal of uncertainty in the context of increasingly complex globalisation. Integration remains a difficult political process. A complex process still ruled by the vested interests and not by the possible long-term benefits that accompany it.