Time to say goodbye to the SGP? 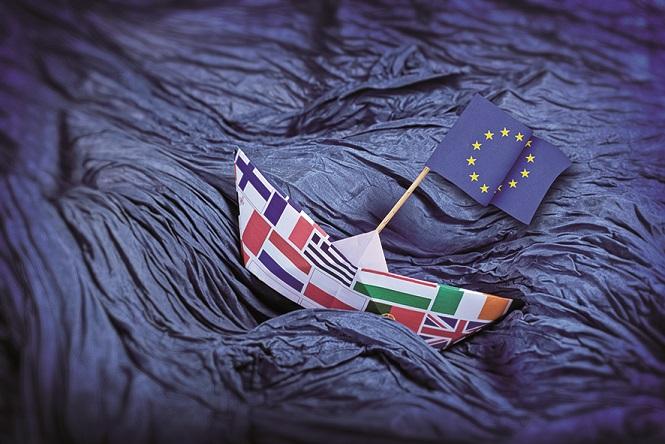 The Stability and Growth Pact was designed to ensure sound budgetary balances and low public debts in the European Union, ultimately achieving fiscal policy coordination. 18 years after its inception, overburdened by an opaque and intricate web of flexibility clauses, the Pact is de facto dead. Could this be the opportunity to rethink European fiscal governance?

On May 18, the European Commission spared Spain and Portugal from sanctions over their excessive deficit. Italy, Belgium and Finland were also graced, despite their debt not being in line with parameters and not even on a decreasing trend. France met a similar destiny last year.

Once again, the Stability and Growth Pact (SGP) was killed.

The alibi? The combination of a positive and a negative factor: the fall in Eurozone deficit from 6.1% in 2010 to 1.9% this year and a pending risk of deflation despite the efforts of the European Central Bank, the latest inflation rate being -0.2%.

For how the Pact was designed and subsequently reformed though, it was arguably meant to be broken. Two main SGP features support such statement.

First, its strictness. The SGP gives precise numerical criteria to be fulfilled for a sustainable debt and deficit and details out sanction conditions. It is also enshrined in a Treaty in sign of commitment. It is too strict though. Especially during recessions, member states have incentives to defect and recur to regulatory subterfuges to gain fiscal flexibility, to the expense of the Pact’s credibility. Indeed, under fiscal tightening, automatic stabilizers such as unemployment insurance would not be allowed to rise to smoothen economic downturns, resulting in longer and harsher crises that are economically costly and politically unpopular.

Second, its asymmetry. By focusing exclusively on deficit countries, the Pact is unable to force on member states any structural reform that would harmonize their fiscal policies. The opposite, it further distances surplus from deficit countries, making common policy-making difficult. Indeed, fiscal tightening reduces growth prospects. With little or no growth, debt can hardly be repaid, thus interest rates and, subsequently, total debt, increase, enhancing doubts about sustainability.

Ultimately, if Brussels argues itself out of the strictures of the SGP, making the latter de facto fictitious, it is out of the necessity of being realistic and keeping together a more and more economically diverse Union.

Overall, the death of this Pact is not a tragedy, but an opportunity to change the system altogether.

Implementation remains tricky, given the climate of Euroskepticisim and how politically loaded is the debate over the reform of economic governance in the European (Economic and Monetary) Union. However, a stricter Pact would be less credible. Doing nothing is no solution either: for how long might the Commission pull the rope, before it breaks? The game of interpreting and bending fiscal rules by country and context is reducing consensus and trust.

Besides, paradoxically, member states’ attempt to prevent further fiscal integration has led to integration by default, through the monetary backdoor. Indeed, through its bond-buying program for bank recapitalization – i.e. quantitative easing, the ECB is financing sovereign debt. Hence, Eurozone’s trade imbalances are being shifted from the private to the central banking sector. If the ECB stops acting as a lender of last resort, eventual losses, say, on Italian bonds will be borne by Italian but also German taxpayers, which is the equivalent of a fiscal transfer from creditor to debtor countries.

For their lack of action then, Eurozone governments are forced into an arrangement beyond their direct reach, when surely they would prefer a more legitimate and transparent reform they voted for.

As the saying goes, «if you do not change direction, you might end up where you are heading». Europe is heading towards increased tensions and heterogeneity across Union members and Euroskepticism. Countries reject further integration, while the discussion should not be about “more Brussels”, but more growth and jobs. Non-coordination has already cost the Eurozone at least 2% of GDP. How much more are we willing to pay?