To welcome or not to welcome: what civil society does for refugees? 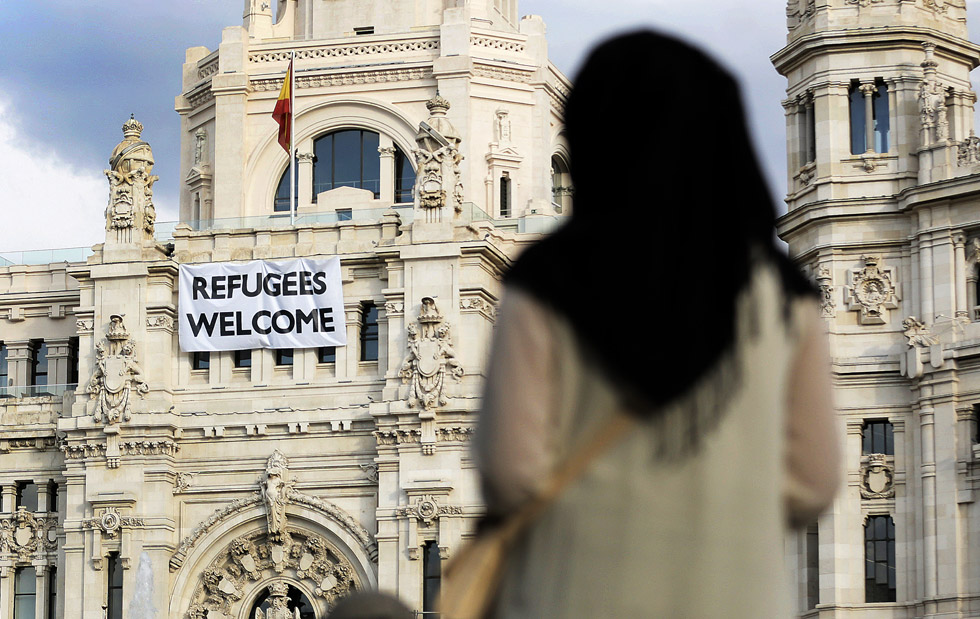 The weaknesses of EU policies has been displayed in times of refugee crisis, but the strength of social movements and NGOs has been shown in addressing it. The void of political inaction is being partially filled by civil society: Houses, universities, shelters have been opened, blankets, food, money have been distributed, and especially, it has made visible the social and human consequences behind such a migration process. However, actions of civil society are to be complementary to State ones, not to substitute them.

The word “refugee” was googled around 27 million times during 2015. Google’s report “A Year in Search”, reflects that migration events inspired trillions of questions worldwide. At the top of questions trends was “What happened to Aylan Kurdi?” the kurdish child dead in Turkey’s shoreline. The top question on ‘migration’ in Italy was “How to adopt a Syrian orphan child?”, while in Germany was “How to volunteer to help migrants?” Sometimes, those questions do not get an answer as fast as the times we are living in require. It is then, in the middle of uncertainty, when people with empathy decide to act. And it makes a difference.

In early September 2015, few weeks after media started to spread the crowding images of refugees at European borders, Madrid City Hall decided to hang an 8×4 meters banner on its central facade, in the Cibeles Palace, displaying “Refugees Welcome”. According to council sources, the phones saturated those days due to calls from citizens who wanted to assist refugees, who by then had not even been able to access Spain. However, there were voices saying that the initiative had political purposes or questioning its superficiality.

Given the slowness of the institutions on taking concrete measures, some people decided to get down to business: The platform “Refugiados Bienvenidos”, (Refugees Welcome) was created last September on the initiative of a group of citizens from different regions of the state. It has registered, just in these last three months, 969 housing available to people seeking asylum in Spain with only 26 permanent workers, financed through micro-donations.

Zofia Jaworowska, from Refugees Welcome Poland, knows what it means to work in a hostile environment. After months of harsh debate, Poland’s Government has said that up to 400 refugees will be relocated to this country in 2016: a radical, but influential rhetoric, perceiving refugees as a potential threat to European values, identities and security. When asked for their work on a daily basis, she says, “We are mostly working on matching refugees with apartment owners, keeping in touch with other organizations and working with volunteers, refugees and Poles.” Despite constant virtual –and not so virtual- attacks, they delete any negative comments they get, and keep on moving.

Discourses against refugees are gaining popularity in Europe: the platform “We don’t want Islam in Czech Republic” is a good example of situation. With dozens thousands of likes on social networks, and holding severe demonstrations in Prague and other Czech cities, this movement, directly inspired by Pegida in Germany, is leading the political claims against the policies of welcome and integration, basing their reasons in the rejection of Islam. A weird fact, considering that less than 0,1% of Czech population is Muslim. However, it is even considering turning into a political party. On the other hand, the refugee crisis has also stirred a wave of solidarity in the Czech Republic. Filip Sykora, journalist in Prague, tells that many organizations are informal, although they usually collaborate with established NGOs. He highlights “Iniciativa Hlavák”, an initiative run by volunteers which offers assistance in land to refugees that come from camps, often without money and wandering confused around Prague. Many Czech volunteers have also taken part in helping on land on border crossings in Serbia, Croatia and Hungary, forming an informal “Czech Team”.

Migszol, in Hungary, a civil network with no office, neither paid workers that runs since 2013, is not so concerned about housing, blankets or food but about political pressure and political will. Their goal is to end the humanitarian crisis and make visible in Europe their rejection of domestic policies towards refugees, which even UN had to reproach. In UNCHR own words, Orban’s government was “Portraying those fleeing war and conflict as criminals, invaders and terrorists”.

There had been previous moments in Europe that have required an immediate response as the current one. The ‘crisis of Cayucos (canoes)‘ in 2006, with the arrival of 30,000 people from central Africa to Canary Islands in one year, attracted international attention and re- orientated political actions for a migratory context in transformation. However, that situation did not lead to a significant backlash against immigration: but those where the shiny happy years before economic crisis, when the country needed thousands of foreign hands to work on the prosperous construction industry.

What seems to make a difference with the current situation is that nowadays it is interdependent and globalized: it has relevance across the whole continent, requiring a coordinated, multidimensional approach that –at last! – understands that migration crisis, as Syrian one, have global motivations and consequences that shake us all. Donald Tusks recently warned the European Parliament, that unless the EU could make progress on the issue, Schengen would collapse.

Acknowledging the important role of civil society in the immediate response to human rights crisis one should bear in mind that society should not be a crutch for the states nor the EU. Many Europeans have given a lesson of solidarity to their politicians and their own fellow citizens, but the potential of this solidarity cannot substitute the work of institutions and organizations. From small, local level actions as Madrid’s, to the highest European bodies, this experiences of solidarity and community work must be an inspiration for the adoption of measures that translate this spirit of fraternity into policies of cooperation, integration and coexistence. Otherwise, those who are for the difference, the intolerance and the ignorance may divide… and conquer.