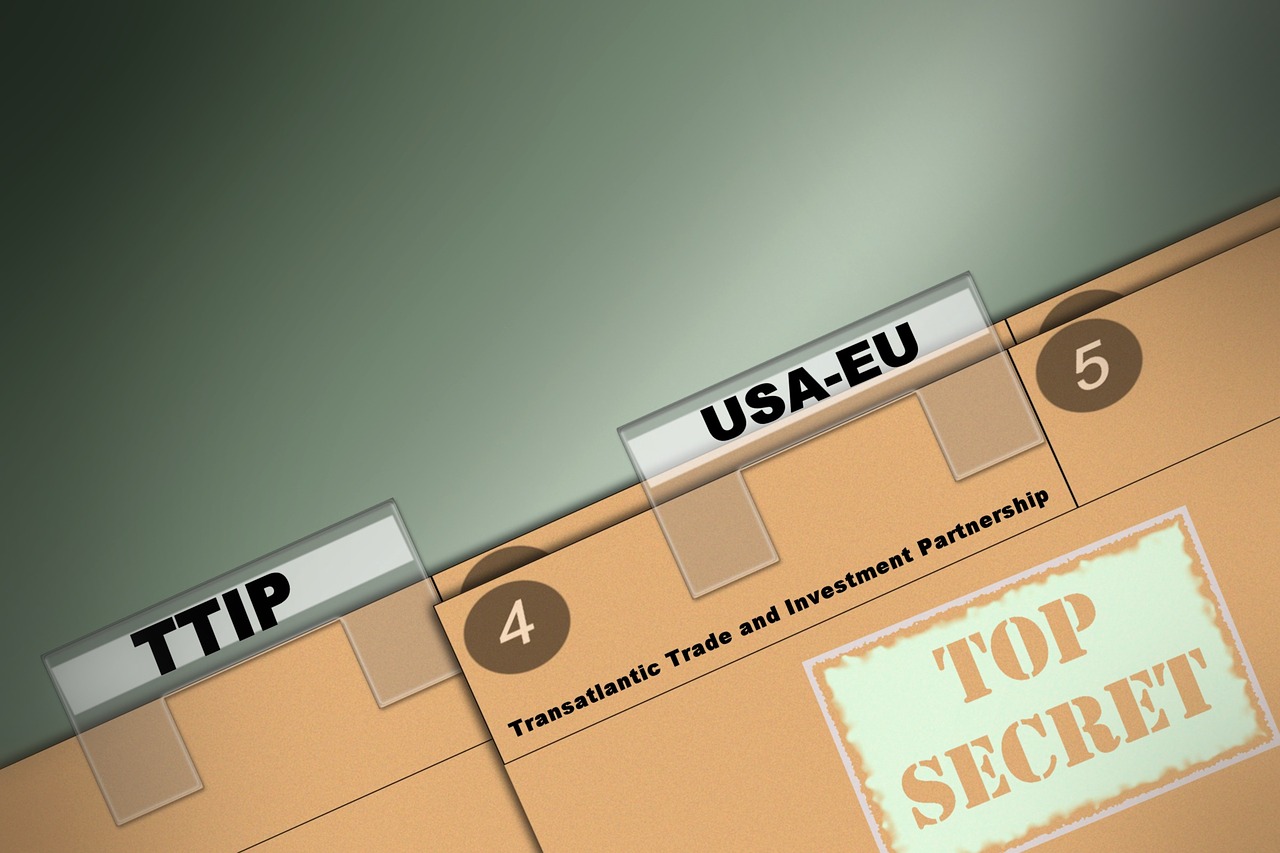 TTIP and CETA have stirred up quite a debate lately. Less discussed is the Trade in Services Agreement (TiSA), a trade deal for global services negotiated among the EU and 22 other countries since 2013. The EU should take firmer action in defending its values regarding corporate power and global cooperation.

Greenpeace has recently leaked an update of the text of the Trade in Services Agreement (TiSA), a trade deal being negotiated in secret since March 2013. Joining the talks are the European Union (EU) and 22 other countries, including the United States of America (US), Canada, Japan, Turkey, Israel and Pakistan. Together the participating countries account for nearly 70% of world trade in services, and affect more than 1,8 billion people. This means that the number of people affected by this deal will be much greater than better-known agreements such as the Transatlantic Trade and Investment Partnership (TTIP) and Comprehensive Economic and Trade Agreement (CETA).

Despite these positive elements, the particular subject of TiSA – intangible services – makes it difficult to predict the actual implications of the agreement. For example, many fear that TiSA will harm digital privacy and protection, support the deregulation of financial services, and undermine the signed Paris Agreement to fight climate change.

While these issues seem valid, I would be more concerned about implications of TiSA which are of a more general nature. The EU is very keen to turn this plurilateral trade deal (i.e. negotiated between a small number of countries) into a multilateral deal effectively replacing the 1995 General Agreement on Trade in Services (GATS). By doing so, TiSA aims to circumvent the deadlocked Doha Round talks held under the World Trade Organization (WTO) umbrella and keep trade negotiations limited to a smaller number of countries. If “a critical mass” of WTO members join TiSA during or after the negotiations, the deal could automatically apply to all WTO members through the principle of Most Favoured Nation (MFN). The real implications of such a scenario would be that poorer or unfavorable countries are left out of the talks while having its consequences imposed on them.

A second objection is related to the lobbying process of the EU and other trading partners. While the state-to-state dispute settlement is supposed to introduce a mediator – namely, the state – between multinational companies and countries, it is clear that powerful corporate lobbies could still persuade a state to sue on the company’s behalf. At the same time, certain countries, including the US, are pushing for a notice-and-comment system, which would require governments to answer any comments by “interested persons” when changing the current regulations of financial services. The EU is not in favor of the proposed system since it would slow down the regulatory process at the will of financial lobbyists.

Given that the EU has a competitive advantage in services, there is a lot at stake when negotiating the TiSA trade deal. In many ways, TiSA is just as controversial as TTIP or CETA – if not more. While the EU has committed to keeping public and other sensitive services out of the deal, the bloc could be more forceful in its requests, for example, by proposing stronger or more explicit wording. If the EU wants this deal to be applied at a global scale, it should make greater efforts in including as many partners as possible. While the EU has supported China in joining the trade talks, the country is currently not part of the negotiations and neither are other, more vulnerable countries. Lastly, the controversy around corporate lobbying processes once again taints this agreement. The EU cannot accept a system which aims at institutionalizing lobbying at the expense of swift and efficient regulatory action in the financial industry. I would urge the EU negotiators to take a firmer stance in defending EU values at the benefit of all countries involved.