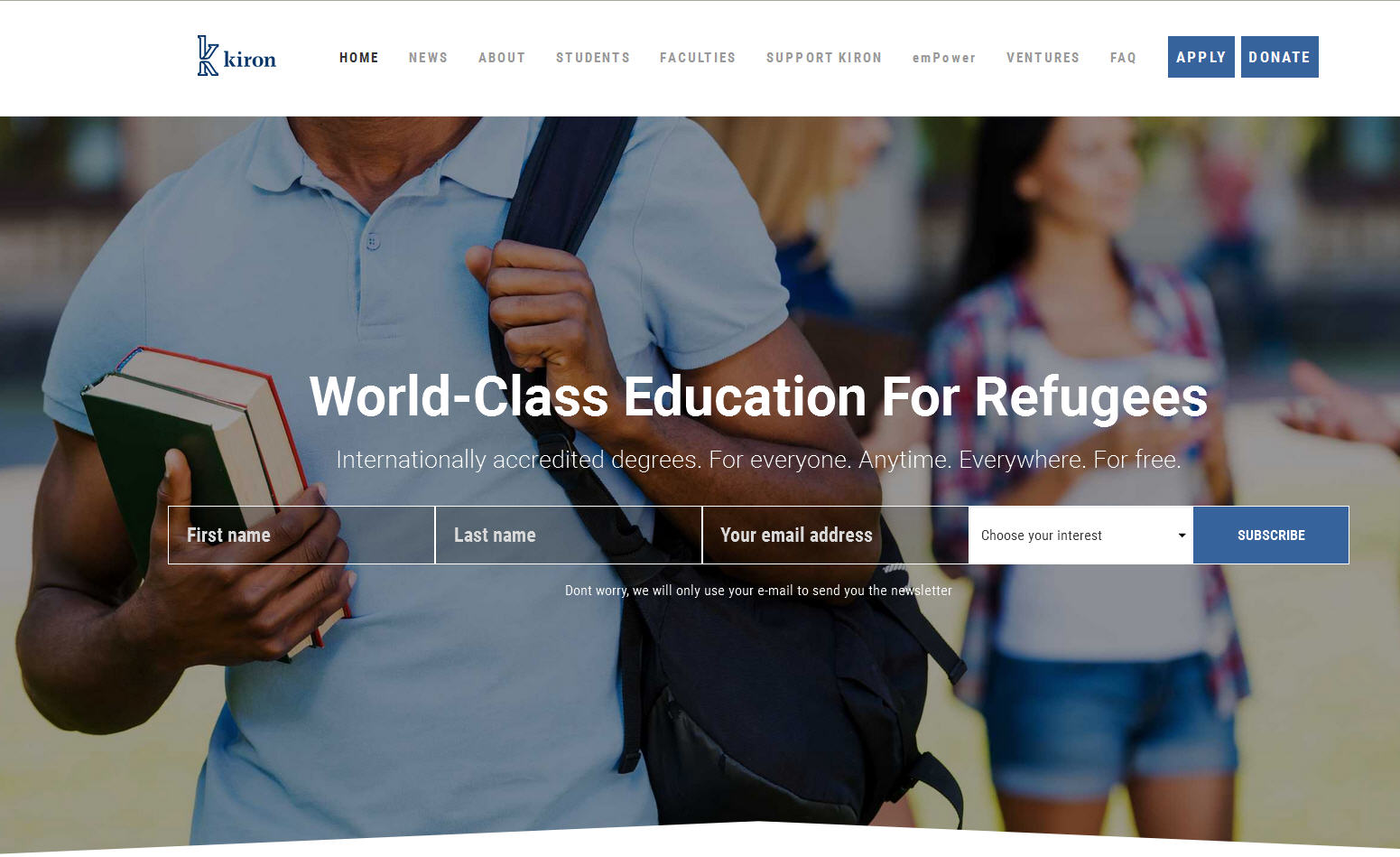 In recent months, the EU has been extensively criticized for its inability to deal with Europe’s largest humanitarian crisis in the last decades. The Commission as well as the Member states received negative cover because of dedicating financial resources to border protection rather than integration of refugees. This op-ed describes how the Commission and universities across Europe could work together to integrate refugees in the EU’s societies.

Enrollment figures for Syrian tertiary education had been climbing steadily upward. According to the UNESCO Institute for Statistics, in 2002 college-age population was 12%, rising up to 26% in 2012. From the onset of the armed conflict in Syria in 2012, half of the 22 million people living in the country have been forced to leave their homes. Having the statistics in mind, it is safe to say that a lot of these people are students, who need to continue their education – but for that they need the EU’s support.

The EU has three potential reasons to create special higher education schemes for refugees: first, to integrate them into the society; second, to make use of their talent and education they received in their own countries; third, to create a new elite which would one day potentially return to their home countries and spread ideas of peace and democracy.

Universities have resources to provide information on educational opportunities and necessary language teaching, they can help student and scientist refugees gain qualifications and enable them to seek employment. On the other hand, the Universities would profit as well. Even in short-run, integration of refugees will help universities to internationalize their student campuses and be involved in more social engagement and volunteering.

To provide a couple of examples of the current engagement of universities, STAR, and Council for At Risk Academics (CARA) in the UK, SAIH in Norway, Refugees Welcome in France, DAAD in Germany, EP-Nuffic in the Netherlands, Central European University in Hungary and Aarhus University in Denmark – volunteers and campaigns for refugees, facilitates university placements and offers support with visa and transfer costs, provides fellowships and counseling to traumatized students and their families by providing help to rebuild their lives and career.

When refugees want to enter higher education, they often lack the previous education records and even when refugees are able to provide the required documentation, tuition is often out of their price range. But in the past few months, some British universities have been reaching out to refugees by offering free tuition. For example, as asylum-seekers in the UK are not allowed to work and have no right to grants or loans that would help them pay the hugely expensive university tuition fees normally paid by international students, the University of Sussex offered 50 scholarships to Syrian refugees covering tuition fees and living costs; the University of Warwick announced it will offer 10 student scholarships for the academic year 2015-16 and will continue to offer 10 more in 2016-17; the University of East London has offered 10 scholarships to Syrians in refugee camps. On the other hand, the idea of offering  higher education online to refugees could be worth thinking about too. In Berlin an online university for refugees – Kiron – is launched offering free higher education to more than 1,000 students.

Also other universities in Western and Eastern Europe have provided financial and other support. University of Barcelona has set up a special refugee support programme including the creation of a crowd-funding website that will allow Syrian students affording study-derived costs, for example book purchasing, offering rent-free apartments, scholarships that covers full tuition fees, free 40-hour courses of culture and language, legal advice on procedures for granting refugee status etc. University of Leipzig created a webpage, which helps refugee scientists gain access to German universities. The University of Gothenburg has encouraged employees to donate money to help refugees. Prague’s Charles University offers free studies for refugees, who have been granted asylum and can legally stay in the Czech Republic are given the opportunity to study free of charge in study programmes in English and accommodation for these students is provided on the university campus.

Specific programmes for refugee students can have profound and lasting benefits for academia and society, even if these benefits can be hard to quantify. When it comes to the EU – for example, European Union’s established programme Science4Refugees, matches refugees with universities and these universities can get a badge as “refugee-welcoming organizations”. However, such initiatives are limited in number because universities have gone already a step further than the Commission, by organizing these programmes themselves.

Therefore, the EU should follow-up with a more centralized and fully financed system, for example, dedicating separate scholarships for refugee students or including them in Erasmus+ budget. Also universities should be a powerful lobby for supporting refugees and changing their image in the media. As University of Hamburg’s Prof. Dr. Dieter Lenzen has stated: “Education is not a luxury. It is a fundamental need and should not, therefore, be the last link in the integration process for those coming here.”