What the discussion on UBI should really be about 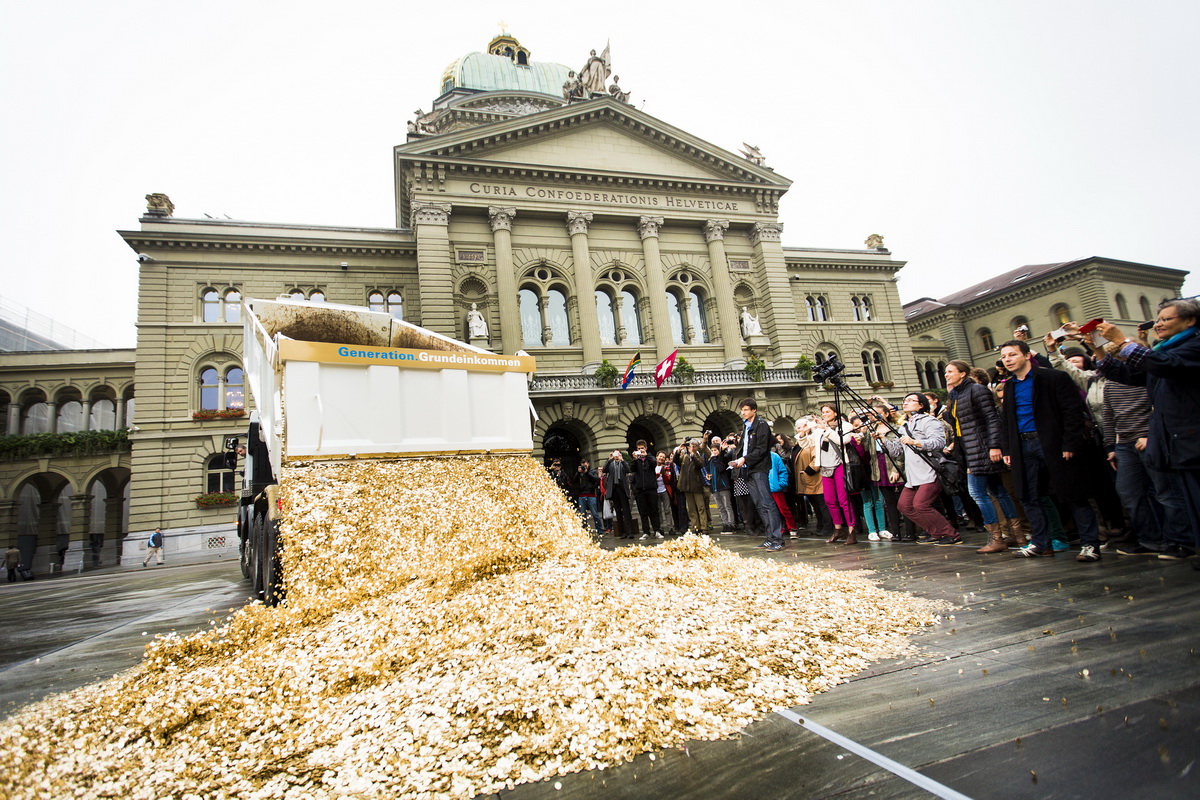 The universal basic income (UBI) is in the limelight. Discussion around it is largely technocratic, with UBI being one of many possible fixes to counter the economic woes welfare states are currently faced with. I propose to realign UBI with its foundation as natural entitlement.

“The earth, in its natural, cultivated state was, and ever would have continued to be, the common property of the human race. In that state every man would have been born to property” – Thomas Paine

“And you think you’re so clever and classless and free. But you’re still fucking peasants as far as I can see. A working class hero is something to be” – John Lennon

Quite recently on this platform Lea Duplan contributed to the current discussion on the universal basic income (UBI) by bringing it about as an instrument to counter issues associated with income redistribution, as the concept of the modern welfare state is said to allegedly be under heavy pressure. States increasingly struggle to provide services and entitlements to citizens, which clashes with the Keynesian idea to ‘insure’ citizens against a shortage of work. UBI proposes a scheme where all adult citizens receive the same income, a basic endowment, regardless of what they earn or have in the bank. This flat, one-size-fits-all scheme would replace the complex and costly social insurances that so typically define the welfare state as we know it.

The financial predicament of states is often linked to rising unemployment, caused by machines replacing people to do the work for us. Technological employment it is called, and this pushes for a reform of how we should redistribute money in society. One way to do this is through UBI, as it enables citizens to go on living their lives when income falls. From this perspective, UBI not only repairs the flaws of the market economy but also anticipates government budget deficits if we choose to leave unemployment benefits unaltered.

Most commentators enmesh UBI in a discussion on how to solve unemployment.

To them, UBI is a solution in search of a problem.

The economics of UBI

Furthermore, UBI is often solely discussed in macro-economic terms. Scholars predominantly focus on the economic effects of UBI when it effectively replaces the current social insurances targeting the unemployed, those unable to work, migrants granted refugee status, and so on. While it is probably a wise thing to navigate how shocks and stresses emanating for systemic change can be minimized, it does presuppose the need for more efficiency in the redistribution of public resources. As a consequence, governments are prone to show risk-averse behaviour when confronted with the unknown. Without a good example of UBI in the real world, not just pilots where only poor people are beneficiaries, politicians are apt to prefer what’s already tried and tested at the expense of innovation in income redistribution. With re-election perpetually looming, no-one wants to go down in the history books as being responsible for the financial breakdown of welfarism.

Furthermore, UBI struggles from the stigma that it hands out cash, gratis, to lazy people. Or worse, that it’ll make them lazy. Most right-wingers and neocons simply do not believe in it. If they would, going public with this message is tantamount to political suicide as long as their electorate remains highly sceptical.

Convincing the economic merit of UBI is essential, it seems. Yet, evidence-based-driven analyses of economic efficiency is highly ideological. In this vein, UBI is just another cost-benefit wonder formula for governments to keep expenses on par with tax revenues.

It doesn’t have to be this way. Also without the ostensible reality of untenable social insurances, it’s legitimate to advocate UBI. A basic endowment for all of us redistributing resources amongst the population given the presumption that everyone should be able to build a meaningful life upon it. It is like a universal living wage. Really, UBI is how we perceive what members of society need to have to get by. The whole economic argument fleshed out in technocratic discussions can be rendered superfluous, then.

To understand what the ‘real’ discussion on UBI should be about, we need to know where the concept emanates from. UBI is not a new concept but goes back a long way. It emanates back a long way, originating from debate on the foundations of capitalism, which has subjected life to the principles of a particular economic rationality – one involving costprofit maximization, cost reduction and – property rights. Natural resources such as land or water are appropriated to create economic surplus; they are intrinsic to the current capitalist order. Such resources become the property of a selected group of people and lost their public ownership. In consequence, the means of livelihood for those not holding property are restrained to befit the laws of the economy they had no part in designing. What other options are there, other than breaking the law (i.e. stealing), to steer clear from cooptation by the economic system? For most of us, there aren’t any.

Which deeply impacts our sense of freedom.

Because, have we ever really ‘chosen’ our work? Most of us are members of the illustrious workforce of a nation, wage labourers that fulfill the wish list of their bosses and do whatever to making ends meet. The clever or lucky ones amongst us start their own businesses, and attain or create new property, but still have to manoeuvre within a market dominated by its own laws of supply and demand. It’s quite likely entrepreneurship is driven by market logic and thus sustains the problematic character of wage labour. Only a handful will be able to reconfigure the innate nature of work, thereby possibly change our attitude towards generating income. And our joie de vivre that comes with it.

The primary means of designing our own economic life – to feed and clothe ourselves, in other words – are sucked into the design of unfettered market economics. To live off the fat of the land has ceased to be an option. We should therefore have the innate right to refuse the kind of jobs we think are unnecessary, immoral, simply dull, tedious, boring, or too low-paid, and yet remain entitled to income. So, that is why Malibu surfers, or hippies, vagabonds, squatters, should be fed for as long as the economic system forces have excluded them from the common resources. To put it bluntly: – it is legitimate to say no to wage slavery. By framing UBI as natural entitlement, in lieu of appropriated natural resources, it is fully legitimate to see it this way.

Yet somewhere along the way, this tradition of thought has waned in significance in respect to UBI. Decision-makers prefer to boast economic arguments pro and contra. And that’s a real pity.

UBI presents a great chance to have meaningful debate on natural entitlements, and with it the kind of jobs offered on the market, the social, moral and joyful dimension of work, and deeper still the sense of individual freedom in the modern welfare state. For the moment, economic rationality reigns. It may take a long time for the real discussion to take off (again).