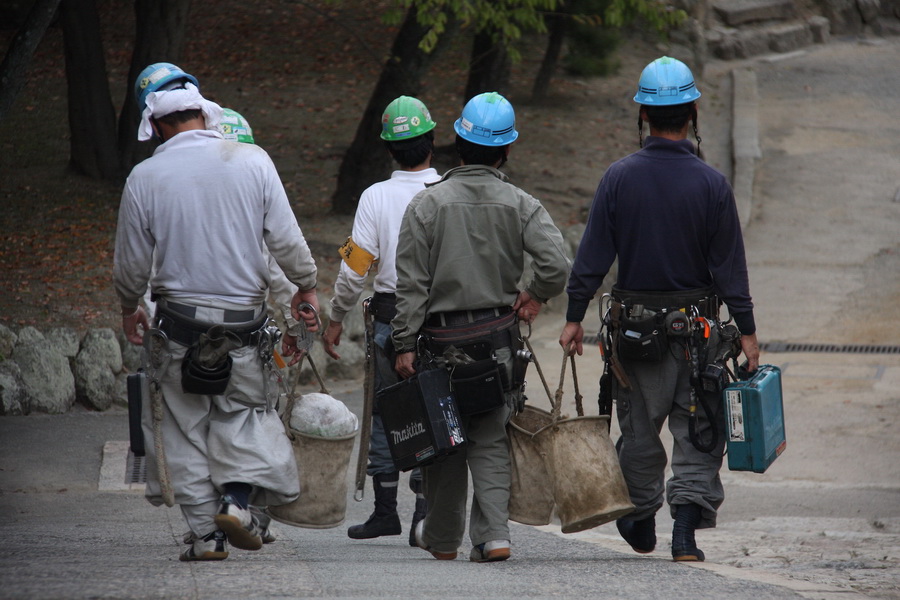 In an utterly predictable move, Social Affairs Commissioner Marianne Thyssen fought off the EU’s third-ever yellow card. The objections to her proposed amendment to the Posting of Workers Directive signalled, as usual, more than subsidiarity-related distress. But even with the yellow card spat easily shoved aside, the disagreement spells trouble: if anything, the dispute reveals a lack of vision that puts the very idea of the internal market at risk.

“The same rules on remuneration, for the same work, at the same location,” Commissioner Thyssen summarized her proposal to extend mandatory remuneration rules in host countries to include posted workers. Today EU law guarantees them no more than the minimum wage. As a consequence, they might very well get less money for the exact same job in the exact same place: a glaring inequality that reintroduces the individual member state in a supposedly single European market.

It came to a grinding halt when 14 national parliaments triggered the EU’s third “yellow card”. This mechanism allows national assemblies to intervene when they feel the Commission is overstepping “subsidiarity” – imposed boundaries. That is: where it tries to regulate something that should be left to the member state level.

The Commission does not have to heed their advice. In fact, until this day the Commission never has.  But even against the backdrop of its recalcitrant track record, Commissioner Thyssen seemed particularly unperturbed by the yellow card. “Posting of workers is a cross-border issue by nature,” she told reporters in Brussels, “any posting activity has effects in at least two member states.”

And she was right of course. The free movement of services is one of the EU’s raisons d’être; right along the free movement of persons, goods and capital. To question the relevance of EU regulation there, is to question the relevance of the EU altogether. That the regulation of the posting of workers in another country concerns more than one such country is not only accurate, it is tautological. And that automatically disqualifies member states from regulating the matter on their own.

As a rule when cardinal directions are a reliable indicator for political positions, there is a good chance that argumentation will stray well beyond subsidiarity. With the Single European market as the undisputed nirvana, the countries instead fight over the means to get there: through liberal competition or through a level playing field.

On the one hand, the fear for social dumping that is deeply ensconced in parts of the EU has forced the Commission’s hand. It draws the card of the level playing field; “in order to secure and maintain the confidence and trust of our citizens in this model,” according to the Commissioner.

On the other, in Europe’s East the Commission’s “equal pay for equal work” mantra is met with scepticism. “This objective cannot be achieved in an administrative way, but should be based on economic logic,” the Bulgarian parliament wrote. In other words, wage competition is an essential part of the gradual process towards equal pay. And that is generally not considered discrimination but “behaviour typical for the market economy,” the Slovak parliament pointed out. Indeed: to prohibit competition would chip away at the freedom of services. True.

Yet on an ideological level, this reasoning falls short when it reintroduces a very much national market logic into a supposedly single European one. The economic logic of wage competition is swiftly translated to “allow us social dumping until we catch up” in other countries – a perception that threatens the internal market’s popularity as a whole. The actual growing disparity of minimum wages – from a 1:3 ratio in 1996 to 1:10 today according to the Commission – has not helped either.

French Prime Minister Manuel Valls’ recent threat to disregard the EU legislation if left unchanged was an omen for what little was left of EU mutual understanding after crashing into the 2008 Eurozone crisis.

The Commission, meanwhile, has tried to prove that the EU can have it all: competition and a level playing field. “Wage competition will continue to be possible, within the boundaries of the mandatory rules on remuneration set in the host Member State,” it wrote to Slovakia.

While the EU was debating whether unequal pay for equal work is a necessity for a well-functioning market, Switzerland was contemplating – in a way – equal pay for unequal work: the ultimate level playing field. The June Universal Basic Income Referendum might not have garnered much support among the government, parliament or even the electorate, the referendum shed the EU internal market in a new and cynical light. Switzerland had what the EU internal market is sorely lacking: progressive initiative.

Unequal pay for equal work is untenable when it pits member states against each other. The idea of a single market crumbles when faced with the perception that one country’s development comes at the peril of another. And a country’s economic development that hazards the internal market it relies so heavily upon can hardly be called sustainable.

The EU might not be ready for a U-turn as radical as the Basic Income – hell, even Switzerland was not ready for that. But it needs a vision for the future as well as consensus in the present for its market to genuinely become a Single European one.