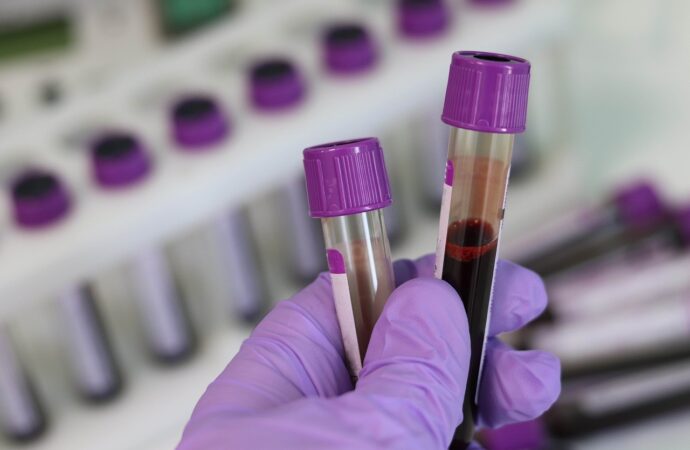 In the course of 2014-2016, as West Africa was dealing with the Ebola epidemic, medical workers collected hundreds of thousands of samples of blood from those presumed to be infected, as well as from the victims of the virus, as a report by The Telegraph in London revealed.

Furthermore, most samples were believed to have been destroyed, after the outbreak diminished but instead, they were shipped out of West Africa. The location of the samples remains unclear, but they are believed to be in the custody of countries or institutions in Western Europe and the United States.

All these blood samples containing the Ebola virus, were supposedly collected by research institutions without the consent of the patients, making the whole situation very controversial between the developing countries and the ones supervising and processing the samples. This makes sense when we think that those samples provide the material for diagnostics or remedies, usually made by occidental companies, and that, eventually, those products may be unaffordable to the countries from where the samples originated.

The Nagoya Protocol could address this situation. The Protocol is a part of the Convention on Biodiversity, an international treaty aimed at protecting each country’s control over its own biological resources. It lays out ways by which biological resources may be shared and how the benefits of those resources should be distributed.

Furthermore, Article 8(b) of the Protocol requires Parties to pay due regard to “present or imminent emergencies that threaten or damage human, animal or plant health, as determined nationally or internationally” when developing and implementing access and benefit sharing (ABS) legislation. This leaves space for parties to develop special ABS measures that can be applied during the case of outbreaks. This way, timely and equitable public health responses would be possible, including access to affordable treatments by those in need, especially for those in developing countries.

There are expressed concerns that implementation of the Nagoya Protocol may affect the efficient sharing of pathogens since it imposes bureaucracy and therefore is slowing down research. Even the World Health Organization expressed in a Q&A report that the implementation of the Nagoya Protocol may impact the sharing of pathogens if, for example, it entails multiple, complex and/or time-consuming processes. Moreover, some laboratories have expressed concerns about challenges they may face in complying with a variety of different national ABS processes and requirements in order to access pathogens. This could affect the prompt development of effective vaccines, diagnostics and other medical remedies.

Genetic resources are defined in the CBD to mean genetic material of actual or potential value, while the term ‘genetic material’ is defined as “any material of plant, animal, microbial or other origin containing functional units of heredity”.

In the case of Ebola, or another disease outbreak, where blood samples are collected, it can be argued that blood, being a human genetic resource, might not be within of the scope of the Protocol, but the pathogens contained within it are. Taken this into consideration, it is not hard to understand why a large number of developing countries insist that the Protocol gives them as much sovereignty over the genetic sequence data of viruses, bacteria, fungi, and other pathogens found within their borders as it does over other genetic resources.

How do we prioritize?

Concerns of scientists are not to ignore, but urgency of the situation cannot be used as a reason to use the genetic resources coming from people or countries that, firstly, did not give their consent for their genetic resource to be used in research, and second, are not taking into consideration when we talk about the benefits arising for the research. The whole situation is far away from being easy to deal with, but the focus should be on finding a solution that will be fair for both sides, and not on proving who is right or entitled to the resources or the product of research.

Let us not forget that a rapid and comprehensive sharing and access to pathogens and associated data is essential for protecting global human and animal health. At the same time, in eventuality of outbreaks, it is equally important to honor the contributions of the countries that were victims of the outbreaks and find a solution that also ensures them that the damage the outbreaks caused will be relieved by the outcomes of the R&D on those genetic resources by finding the right cure in a timely manner.