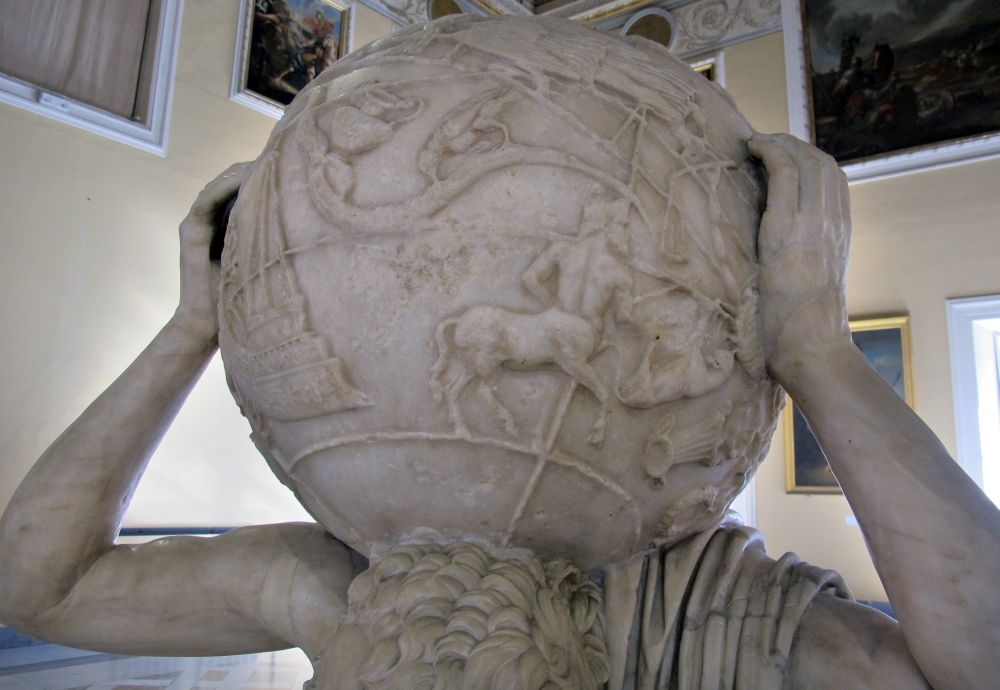 As a whole, Italian banks have non-performing loans (NPL) worth 198bn euros. Add in so-called “sofferenze”, i.e. debt at risk of non payment, and the total amount rises to 360bn euros. The Italian government has strong-armed the banks into setting up a fund – called “Atlante” – that will act as a backstop for banks that are trying to raise capital and cannot find buyers for their new share issues. Unlike the myth it echoes though, Atlante is not strong enough. And, with Mr Renzi, Italy’s PM, putting his legitimacy at stake with the referendum coming up in October, the government might not have the ability and time to do anything better.

Atlante, the fund the Italian government set up to channel private sector money into rescuing banks, has started the engine. Its initial capital is enough to tide over Monte Paschi di Siena (MPS), Italy’s third-largest lender and the worst performer at July’s stress tests. The objective is to reach 3bn euros of capital by July 2017, targeting international investment banks, sovereign funds and international pensions funds – all subjects potentially attracted to Italian NPLs for their interesting returns in times of zero yields.

The rescue plan has been hailed with cautious enthusiasm. It might soothe markets for a while, but it has too limited resources to silence concerns over an Italian banking crisis. Sure, as the governor of the Bank of Italy, Ignazio Visco, has pointed out, when accounting for provisioning and devaluations the actual debt amounts to 87bn euros. Still too much though.

As such, Mr Renzi is only temporarily relieved of the dilemma over whether to use public money to bail out banks, contravening Brussels’ rules on state aid, or let the bank’s bondholders take the hit in a blow to the government’s legitimacy.

Atlante is no long-term solution because banking sector’s woes are tied hand in glove to a sputtering economy. Thousands of SMEs have gone under – a double predicament for banks. On the one hand, bankrupt firms have brought with them their loans, which adversely affect banks’ profit margins and weight on their ability to extend credit. In addition, ineffective bankrupt procedures make it difficult to access collaterals and guarantees – the average length of foreclosing procedures is five years, compared with less than one year in Germany and Spain. On the other hand, losing SMEs means losing demand for lending. Credit to the corporate sector has continued to decline and is about 11 percent lower than it was in 2011, despite the decline in real lending rates to SMEs. This is particularly detrimental now that banks need to invest the liquidity they are drowning in following the ECB’s stimulus.

Efforts to become more resilient by complying to stricter capital buffers requirements – i.e. raising more capital to finance banks’ assets – have been insufficient to counter concerns about the speed of dealing with the NPLs overhang and weak profitability in a low-rate environment. Italian banks have lost over 40 percent of their market value in 2016. In particular, ever since the results of the latest stress test have been published and shown the bad performance of MPS and Unicredit, even those credit institutions that fared pretty well like Ubi and Banco Popolare have seen their share prices shrink.

The decline in share prices makes capital more expensive, leading to a reduction in lending volumes, thus interfering with the ECB’s QE program.

It might be a novel solution to the too-big-to-fail problem – letting banks shrinks until they are too small to be fit for purpose. This would hardly ease the scrutiny over Italy though. An efficient alternative to banks in the form of a well-functioning bond market is missing.

Most likely, the collapse in bank capital may give banking supervisors the justification they need to roll back regulations and relax the rules on state aid. Already, Mario Draghi backed a public bailout of Italy’s troubled banks “in exceptional circumstances”. Even if Brussels would give in though, government guarantees and looser regulation could re-create an environment of excessive risk taking, like pre-crisis. Besides, if possible, despite the protection provided to Treasury bonds by QE, the sustainability of the Italian public debt might further decrease, reducing fiscal space for structural reforms.

Better would be to strengthen regulation for a swift recognition of bad loans, to make bankruptcy more efficient – delayed or reactive resolution can exacerbate uncertainty and destroy value for individual banks and the system as a whole – and make it easier to collect debts. However, the lack of growth is fueling a political malaise that in no time, with the referendum coming up in October, could rob Mr Renzi of the legitimacy and the ability to pass through reforms. The consequences of the banking and political crisis of its third largest economy would certainly not leave Europe indifferent.