Pension reform in Croatia: better be safe and sorry 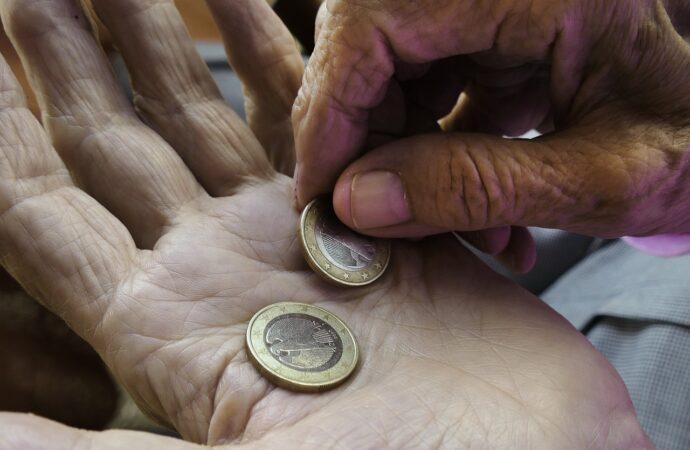 The newest pension reform in Croatia brought parametric changes into the three-pillar pension system. A specific incentive within the reform – the transfer measure – exposes persistent problems in the Croatian pension system. At some point they need to be tackled with institutional measures which are absent from the current reform package.

As of January 2019, the Croatian government proudly rolled out a pension reform. Claiming it is comprehensive, the government is overly confident that it will improve both financial sustainability and adequacy of pensions. However, considering the absence of institutional manoeuvres, this statement reads as inherently political, bearing little or no hope for future pensioners in Croatia.

The pension reform introduced novelties such as increase in statutory retirement age at a faster pace, higher penalty for early retirement, curbing pension funds’ administration costs and light increase in minimum pension – so-called parametric reforms. Nonetheless, to ensure positive effects of these measures in the long-run, the reform should have included partial institutional reshuffling (paradigmatic reform) in Croatia’s three-pillar pension system. The need for institutional policy changes derives from a segment of the reform that offers slightly better conditions (in terms of the final pension amount) to those average earners who are willing to transfer their savings from the second to the first pillar (the transfer measure).

In promotional materials for the reform the Croatian government packages this manoeuvre under the equalisation of pension rights for persons who by law had to start saving in the fully-funded second pillar since 2002. Due to the short saving period, little investment gains and not sufficiently increased contribution rates, the savers in the second pillar will end up with smaller pensions than savers who were not obliged to save in the second pillar. Consequently, by transferring the funds from second to the first pillar, an average saver will end up with somehow higher pension. At first sight, there is nothing wrong with this measure. However, in the long-run, it discloses institutional and systemic weaknesses of Croatian pension system.

Two connected internal weaknesses come to mind. First, beyond equalisation of rights and the right to choose, the transfer measure has another rationale that is the shortage (approximately €2.2bn annually) in government’s budget to cover pension liabilities in the first pillar financed on the PAYG basis (via taxes). Taking into account ageing, depopulation and humble economic performance, which have been reducing both the tax base and, consequently, the tax revenue, debt problems of the first pillar are likely to persist and possibly aggravate. Unfortunately, no measures in other, interdependent policy sectors (e.g. education, economy, labour market) that may improve the debt balance are on the horizon. To give you a glimpse, education reform is a tragi-comic saga with uncertain outcome; the labour market is still rigid with a dominant inefficient public sector; proposed measures to revitalise Croatian population and revert the brain drain seem to have produced contrary effects.

Second, deliberately discouraging saving in the second pillar (the transfer measure effect) is in direct conflict with the individualisation of cost reform trend which is, to begin with, the main idea of a three-pillar pension system. The logic behind introducing the second (and the third) pillar is essentially to transfer pension costs from the state’s budget to an individual saver. The saver’s funds in the second pillar may yield investment returns on domestic and/or international markets.

In other words, in order to adapt a pension system to the current socioeconomic environment long-term institutional modifications are often inevitable. Instead, Croatian government opted for a “muddling through” approach. On the one hand, they are fixing the first pillar at cost of the second and therefore sub-optimizing the effects of a three-pillar system. On the other hand, they lack measures in other policy sectors that could possibly ameliorate the first pillar and open opportunities to exploit the second pillar and the third pillar.

In brief, the following components should have been contemplated in a more explicit manner. To start with, a strategy for increasing literacy about Croatian pension system should have gone beyond a few-minute promotional video. Increased literacy goes hand in hand with the take-up of private pension plans (the third pillar). Private pensions have not entered the public discourse yet. Additionally, the potential impact of (future) economic stagnation or recession should have been considered specifically regarding the position of the second pillar. Evidence from countries such as Hungary, Poland and Slovakia demonstrate a clear connection between economic downturn and re-positioning the second pillar. Considering these countries have similar developmental path to Croatia, has anyone thought to learn something from these (bad) experiences? Moreover, the inclusiveness of the reform process and support for the reform should exceed tiny majorities in the parliament.

Pension reform in Croatia is far from complete. As pension reforms tend to be politically costly, this may have been a perfect opportunity for the government to re-shuffle the pension system for good, as they face no serious opposition in the political arena. Unfortunately, they opted for a modified prolongation of the status quo. In sum, the changes introduced may yield positive effects in the short term (“better be safe…”) yet cannot substitute potential institutional solutions that would make the system more adaptable in the long run (“…and sorry”).