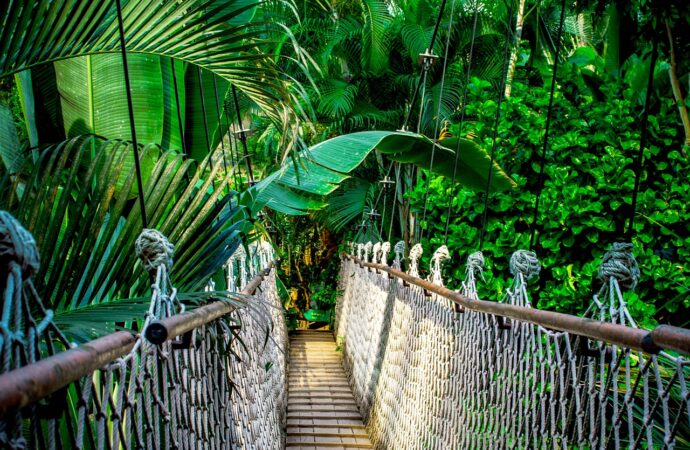 Indigenous leaders called on the European Union to not grant bigger access to its agricultural market until Brazilian president Bolsonaro refrains from deforesting the Amazonian rainforest and cutting back indigenous rights. The EU has a responsibility to preserve the environment for future generations.

Furthermore, one of the core values of the Union is respect for human rights – consequently the EU should do everything in its power to fight Bolsonaros harmful policies.

On 1st January 2019 far-right president Jair Bolsonaro took office in Brazil. He became known due to discriminatory statements concerning women, homosexuals and indigenous people. Indigenous communities are now worried about his plans to deforest the Amazonian rainforest and to cut back indigenous rights. Bolsonaro does not plan to comply with the Paris Agreement to reduce deforestation and limit greenhouse gas emissions. On the contrary,  he plans a massive wave of deforestation and mining, also in reservations where indigenous peoples live. Indigenous lands make up almost 13 percent of the Brazilian territory. Bolsonaro’s massive deforestation plans effectively threatens indigenous territories and the livelihood of approximately 240 tribes. To prevent Bolsonaro from launching a cultural war against indigenous people a group of indigenous leaders called upon the EU to use the leverage it has in trade negotiations with Brazil. Similar demands were put forward by eight members of the European Parliament, claiming the EU should suspend negotiations on the Free Trade Agreement with Mercosur.

Brazil is the biggest player of Mercosur, a south-American trade bloc, which is currently negotiating a free trade agreement (FTA) with the EU. The EU is Mercosur’s biggest trading partner and the largest part of Mercosur’s export to the EU are agricultural products such as beef and soybeans. Until now no final agreement on the FTA has been reached and questions regarding access to the agricultural market of the EU remain. Since Brazil is the largest economy in Latin America and would profit enormously from bigger access to the EU agricultural market the EU has considerable leverage to demand and enforce the protection of the Amazon rainforest and human rights.

The EU should negotiate bigger access to its market for Brazil, provided that Bolsonaro refrains from carrying on the massive deforestation in the Amazon rainforest, that he complies with Brazil’s Paris commitments and that he stops diminishing indigenous rights. French president Macron already called at the UN General Assembly “let’s sign no more trade agreements with powers that don’t respect the Paris Agreement”. Brazil is eager to conclude negotiations with the EU as it needs to rebuild its economy, currently recovering from its worst recession in history. Moreover, the country was shaken by political scandals involving corruption and declines in investments. The FTA will help Brazilian exports grow significantly.

The EU is not only the biggest foreign investor in Brazil, but also Brazil’s second-biggest trading partner and agricultural products are the products mostly traded between the EU and Brazil. If Bolsonaro goes through with his plans and the EU grants bigger access to its agricultural market, it would indirectly support the powerful Brazilian agricultural industries and Bolsonaro’s negationist policies towards human rights and climate. The EU should, on the contrary, support the protection of the Amazonian rainforest, which alone absorbs most of world’s CO2. As 60 percent of the Amazon rainforest are in Brazil Bolsonaro’s plans are likely to negatively affect a great part of the “world’s lungs”.

However, an EU-Mercosur Association Agreement remains desirable for the European Union. Due to the fact that EU exporters pay over 4 billion euros a year in tariffs to access the Mercosur market, an EU-Mercosur free trade agreement would be very beneficial for European economies since tariffs would be significantly reduced or abolished. The EU is exporting approximately 66 billion euros of goods and services to Mercosur each year and a FTA would likely double those figures. Another advantage would be regulatory and policy alignment, in particular through the inclusion and the effective enforcement of a Trade and sustainable development chapter which could be used to protect both human rights and the environment.

Certainly, the EU would profit from privileged access to a market comprising about 250 million customers for EU goods and services. Nevertheless, at the current state of play, social and environmental impacts could be disastrous. The EU should try to pursue a trade policy which effectively balances trade, human rights and environmental protection. Economic advantages should never be a reason to forego sustainability. Since the EU is a major player in world trade and its actions are giving direction for the whole world, it has a responsibility to preserve nature and livelihood for future generations. The EU should use its leverage not only to achieve better market access conditions for itself, but also to pursue climate and human rights agendas. To continue negotiations on the Free Trade Agreement with Mercosur without demanding protection for indigenous peoples and the environment would show the world that economic gain is valued higher than sustainability and human rights.