The future we want? 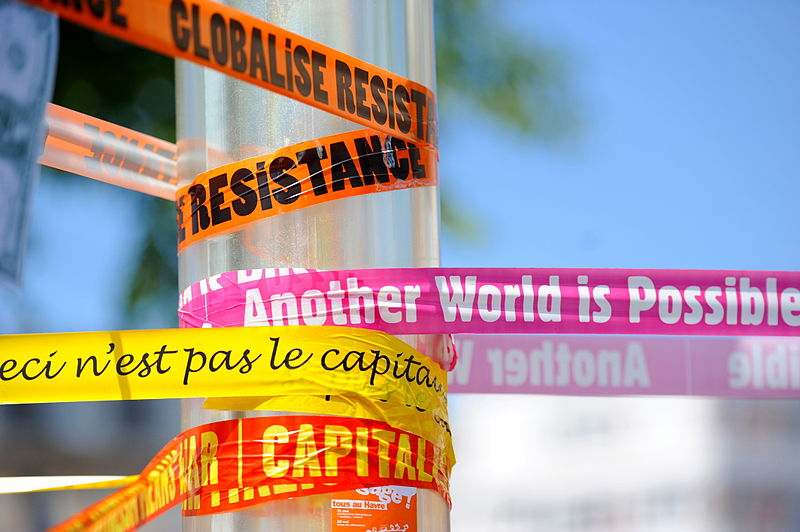 Resolution A/RES/66/288 of the United Nations, better known as The Future We Want, is an ambitious document published in 2012 to end the World’s major problems through the sustainable development goals. With the post-2015 development agenda soon to take off, and the climate summit in Paris in foresight, The Future We Want is back in the limelight – if ever gone to begin with. The future will be sustainable. Because that is what we want. Is its essential underpinning, globalization, also the future we want? Jaap Rozema guesses not.

Last September the United Nations adopted altogether 17 SDGs to make up its 2030 Agenda for Sustainable Development, including ones on ending poverty, ensuring health and well-being, achieving gender equality and tackling climate change. They present a sincere intention to improve the living standards of all.

How can one dispute the SDGs? Indeed you can’t and, perhaps, shouldn’t. The real interesting question is how we are to attain them, and so realize a future we want for all.

In a 2012 report by the United Nations on this issue, the answer seems unambiguous. It argues that “[t]he central challenge of the post-2015 UN development agenda is to ensure that globalization becomes a positive force for all the worlds’ peoples of present and future generations.”

TFWW doesn’t just take globalization as a given, but also endows it with a particular quality absent in other systems of international organization. One such quality is the ability to enable free trade by opening up local markets to outside demand. If all do what they’re good at, local markets will prosper. The benefits of globalization will be evenly distributed. Everybody happy.

It is not too difficult to shoot holes in this theory. Yes, a theory, as there is enough evidence to suggest globalization is another poverty trap. But the effectiveness of globalization for realizing the future we want is not what’s at stake here. The legitimacy is what is. It is disturbing to see that the UN is taking sides in a debate that has sparked so much civil discontent now and over the previous decades. Globalization is not only an analytic concept marking a shift in the way the economy is organized, but also a container full with values on the desirability of free trade, division of labour, international markets, and so on.

Increased private sector involvement in the future we want marks a related area of contestation. In the future we want, policies should facilitate business, entrepreneurship and innovation. While there is nothing intrinsically wrong with this, it often means that elected officials cease to have their say. Democratic erosion, in other words. Voluntary measures for promoting sustainable development are on the rise, leaving us disenfranchised and subjected to the mercy of corporate benevolence.

The United Nations is ready to admit that building consensus on the future we want is a thorny issue. It states that “[r]eaching a unanimous agreement that carries the same simplicity, strength and power as the MDG framework and responds to the challenge of sustainable development is a formidable challenge”.

Quite so, I dare say.

Take the elusive and amorphous idea of the ‘green economy’, for instance, which is celebrated by decision-makers as capitalism gone sustainable. TFWW presents the green economy as definitive proof that our global economic system can be adjusted to solve global environmental sustainability issues. And therefore make a valuable contribution to achieving the SDGs. Yet to the World Social Forum, a loose worldwide coalition of pressure groups and indigenous communities, the green economy “promotes the further commodification and financialization of nature with the introduction of new market mechanisms”. In a ‘green’ economy, the Forum argues, environment and climate are simply rendered business as usual. It hence urges the grassroots to stop the Green Monster. “The future we don’t want!”

TFWW is taking its absolutist approach to the next level. It promotes globalization as the driving force for taking appropriate action.

It doesn’t have to be this way.

The Post-2015 agenda is an enormous joint programmatic focus of the United Nations, and with it national governments, non-governmental organizations and development institutes in years to come. SDGs play a pivotal role herein. For a good reason. We all want to live in a sustainable world. But thinking about the future we want should be as much about the road towards it. It should be about the way we want to organize production and consumption, what kind of development we desire (if at all ‘economic’), how to relate to other human beings across the globe, about the morality of markets, about sustainability and its umpteenth different meanings for different people. Or about reclaiming the sovereignty of us who are currently subjectified to the soft power of globalization.

That is the future I want.

That is the future I want.