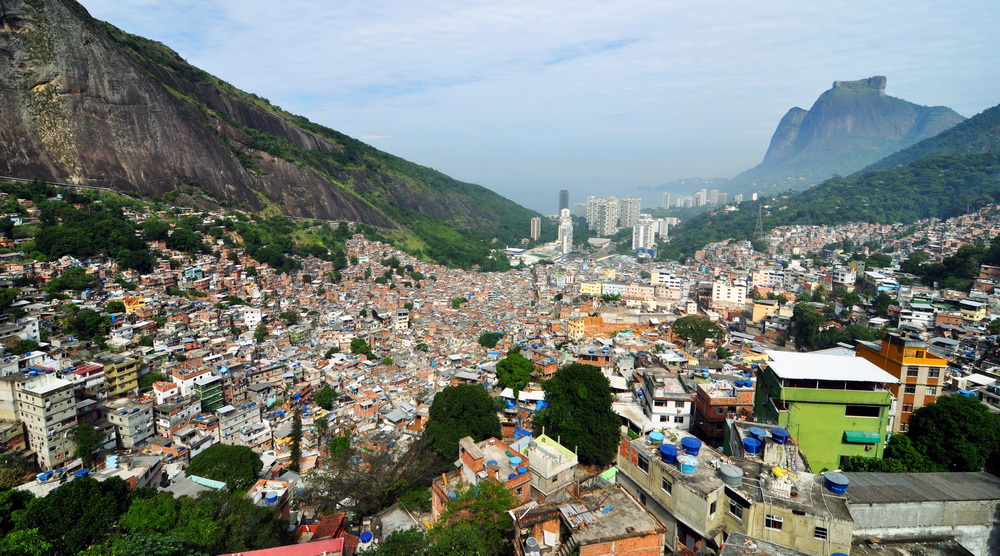 The municipal government of Rio de Janeiro has promised to urbanize its favelas by 2020, but projects supposed to upgrade the favelas’ infrastructure and create jobs have quickly lost momentum. Fortunately, an unexpected champion has emerged, as residents of favelas have come together and taken the initiative to “green” their communities with reforestation projects, rooftop solar panels and community food gardening, highlighting how sustainable urban design should be done.

Rio’s foundering attempts to capitalize on the forthcoming Olympics also sits awkwardly alongside the forced eviction in the Vila Autódromo favela, leaving many to question if these low-income communities are being cast out to make way for upscale development under the pretext of the Olympics. Maybe it’s the time we start empowering these communities, not displace them.

The issue of favelas’ implication to urban sustainability dates back to the 19th century, when favelas first emerged as the landless underclass took up residence in irregular settlements in urban Rio. The 1940s saw the massive expansion of favelas into the urban peripheries. Countless migrants were driven to the cities by industrialization, only to find themselves trapped in the same shantytowns they had built. Denied physical access to the urban core and basic infrastructure, the favelas eventually became synonymous with destitution and hotbeds of street crime.

It wasn’t until the 1970s, after government’s repeated attempts to eradicate the tenements, that certain urbanization policies were put forth to modernize and improve their living conditions. However, in the absence of an effective approach to address urban poverty, the social stigma attached to the favelas persists.

It doesn’t help that their expansion has raised environmental and security concerns. In order to make space, residents had to cut down trees, and were blamed for the environmental degradation and the increased risk of natural disasters, such as landslides.

Against this backdrop, the government had decided to erect walls surrounding Rio’s most notorious favelas in 2009, claiming they serve as “eco-barriers” to prevent further deforestation and geo-hazards. With their spatial divisiveness and symbolic segregation, the construction of these walls was met with vocal opposition from the communities. Worse still, by shifting the blame onto the “favelados” – a pejorative term for the favelas’ residents – the government failed to recognize the institutional deficit as well as the perpetuating inequality underneath.

Ironically, the government conveniently leaves out the fact that among those who recently settled in favelas, are the same people who had been forced out of their native lands due to escalating deforestation in the Amazon. In 2014, there were reportedly around 22,000 indigenous Brazilian Indians residing in favelas, where they struggle to assimilate into urban lifestyle.

The conventional wisdom goes that communities with low socioeconomic status would be less likely to participate in public affairs, let alone campaign for environmental advancement. The Brazilian grassroot movement, however, tells a different story.

It appears the urban poor do care about the environment; a study suggests that both community activism and environmentalism share a rich history among the largest favelas in Rio. They link their community involvement to a citizens’ movement that encompasses a range of issues including the environment, access to public services, and democracy.

Consider the Rocinha favela’s alternative to the “eco-barriers” in 2009 as an example. Instead of constructing looming walls, Rocinha, the largest favela in Rio, counter-proposed building a community park with nature paths and communal green space. The municipal government ultimately agreed to act on the proposal, hailing the success of a strong community leadership.

The Rocinha is among the first favelas to dispel the negative image associated with drugs and violence by transforming into sustainable models. The community greening program comes with significant social gains as well, since more jobs have been created for young people to get out of street crimes.

Since then, with the support from authorities and local NGOs, more favelas have followed suit, paving the way for a possible nation-wide implementation. Not only do these projects demystify the perception that favelas are necessarily unsustainable, but they also help forge cooperation between the government and the communities while reducing red-tapes in the process.

Can Rio realize the Olympic legacy to benefit the environment and the well-being of its citizens? The answer hinges on the government’s ability to push forward a holistic framework of socially inclusive policies – including technical and infrastructure support, investment on education and entrepreneurship. And, on top of that, a better forest governance, urban planning and public housing scheme that would reduce the growth of favelas in big cities.

The prospect is clouded by uncertainties though, with Brazil’s administration currently plagued by President Rousseff’s impeachment, social unrest and economic downturn, as well as the Zika virus epidemic.

Perhaps the time has come for these once subjugated communities to rise up and influence national policy from the bottom-up. The world certainly has much to learn from them.