There is something –missing– about Brazil: Women, social protest and massive sports events 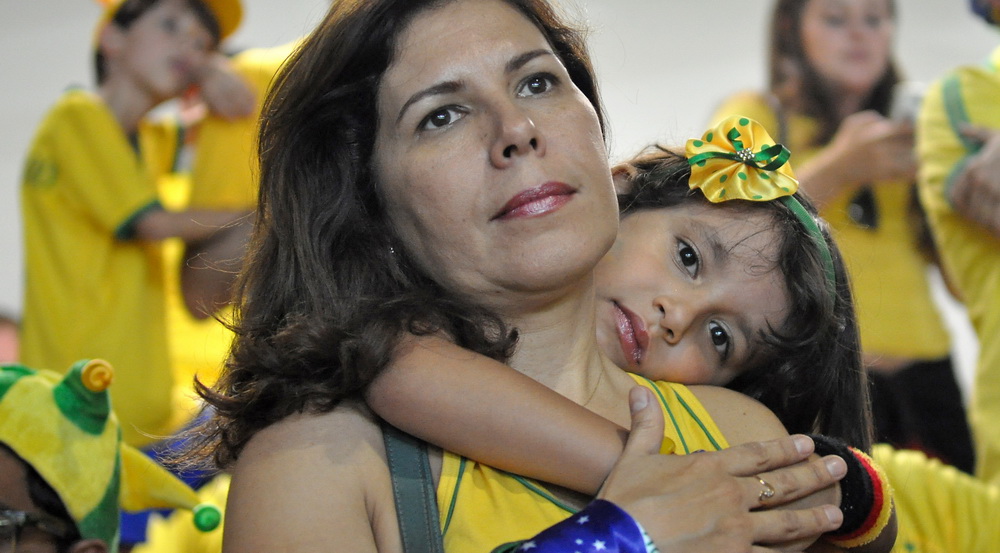 Brazil is used to dealing with two issues lately: massive sport events and extensive social protests that challenge them. Yet the recent brutal gang rape provoked a discourse that had always been downplayed, forgotten – or neglected. When massive sport events make the sex industry flourish, how do we address and tackle the underlying stigmatization of women in Brazil? Authors: Irene Zugasti & Simon Marijsse

Mega-events, like the World cup held in 2014, may have caused many disruptive effects in Brazil, but they also gave momentum to local grassroots organizations to establish local, national and transnational networks. The potential of these social movements should not be omitted. The Sem Teto and Sem Terra Workers Movement, the housing movements (UMM), the Free Fare Movement (MPL), students, middle class urban population and especially the Popular Committees that emerged during the World Cup; all of them have been active, working on inclusion of youth population and communities from the outskirts of the cities.

As the World Cup passed, its success was unanimously celebrated for the excitement it brought to the public worldwide, and the money and attention it brought to its sponsors, investors and advertisers.

An estimated 280 million people watched matches online or on a mobile device, millions of dollars were earned – in fact, 7.2 billion USD in tax revenue were received by Brazil as a result of investments in the World Cup – 5,154,386 attended FIFA Fan Fests in Brazil, with Rio de Janeiro’s spectacular Copacabana site attracting 937,330 – the highest number in any individual city. Yet activists and media echoed a phenomenon that was too obvious to obviate: the rise of prostitution as a consequence of these sport events. Though prostitution is legal in Brazil, it seems that ‘the younger, the better’, has become its motto. As of 2012 an estimated half a million children worked as child prostitutes in Brazil. To prevent sex tourism involving minors, even the EU launched a campaign that is still active for the Olympics. But, extreme poverty, social exclusion and women’s role in society were never the important issues back then. Combating the reasons for women to exercise prostitution was not as urgent as the desire to idealize a certain image of the Cup and to profit from consumers’ voracity.

With the horrifying gang rape committed in Rio in March things started to be vocalized. When 30 men assaulted a 16 year-old girl who lived in a favela in Santa Cruz, recorded the aggression and posted it on social networks, it was firstly considered by some analysts as a “minor” case in the middle of Brazil’s turmoil. Yet it has put a major social problem back into the spotlight: the role of women in Brazil public policies, spaces, and discourses.

The current discourse focuses on a structural problem that experts have called a “Culture of rape.” This culture is reflected in the high rates of prostitution, child sex, femicide and sex tourism. Each of them symptomatic of a wider problem: the diminished role of women in Brazilian society and the feminization of poverty in a country instability of which is affecting the place and security of women.

Cultura do estupro describes the normalization of sexual assault in a society. It’s a culture in which a high rate of sexual violence coexists with prevalent attitudes, norms and practices that normalize, excuse, tolerate, or even condone sexual assault and rape. In Brazil, 47,636 rapes were reported to the police in 2014, and statistics reveal that just 35% of the cases are declared. This is perfectly exemplified by the mentioned case of gang rape and the wave of misogynistic victim-blaming comments that followed it. The latest research IPN (2014) conducted, asserts this: 26% of respondents considered that “women who wear clothes that show the body deserve to be attacked.” Another recent polemic came up when Twitter users began leering at a blond 12-year-old named Valentina Schulz that was competing on a reality TV cooking competition. One man tweeted: “About this Valentina: if it’s consensual, is it pedophilia?” Another posted: “Let me keep quiet, not to be jailed.”

The gang rape case caused a considerable virtual counter-mobilization under the hashtag #EstuproNuncaMais, that lead to massive demonstrations all over the country, supported by a worldwide movement of solidarity. Only then, the government started to act. Something is stirring in Brazil and, in the middle of the political and social hassle, it finally seems that the ball is in the women’s possession. Recently, the Regional Coalition Against Trafficking in Women and Girls in Latin America and the Caribbean launched a Manifesto for the eradication of sex tourism and sexual exploitation during the 2016 Olympics. In it they point towards the clear link between the increase in demand, the growing sexual exploitation of women, children and adolescents in the sex trade, the legalization of prostitution and the occurrence of big sporting events. They plead it is essential for Brazil to assume an official position against sex tourism during the Olympics and to respect the international treaties on trafficking and sexual exploitation.

There is an urgent need for a legal and political framework that reflects these social demands and that ensures the rights of women in Brazil. Only legal tools can reinforce the potential of activists, organizations and associations. If sexual and gender based violence is not taken seriously by law and law enforcement, Olympic Games may turn into another opportunity for the sex industry, trafficking networks and aggressors to prey, especially taking advantage from the impoverished communities that are marginalized during the development processes in the bright, colorful and welcoming Brazil.