Walking the talk: Going national to make the SDGs beneficial for Indigenous Peoples 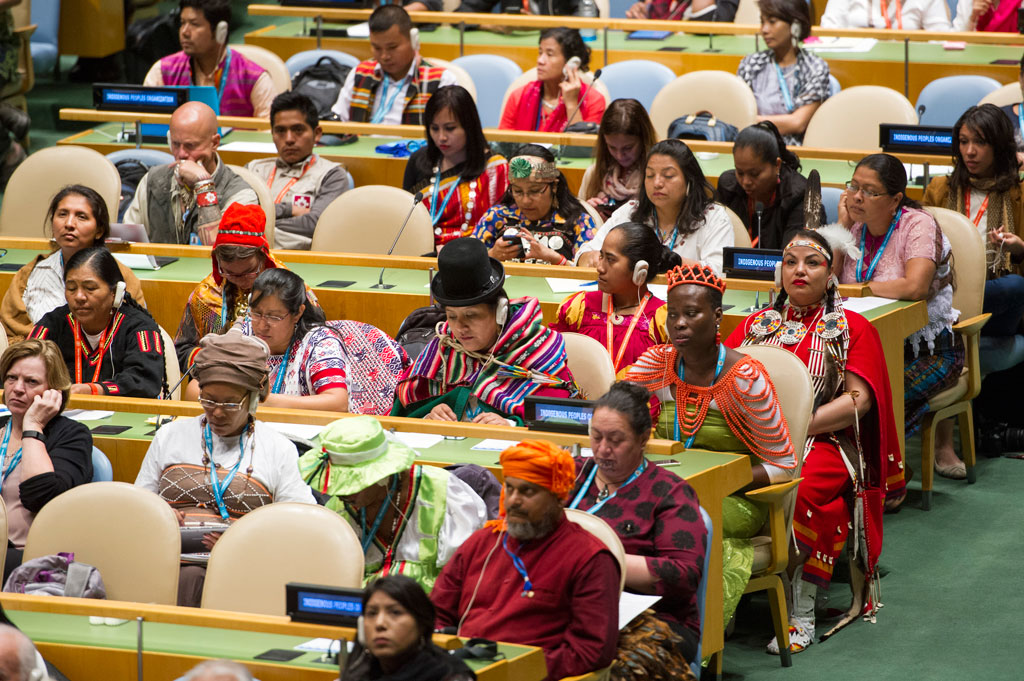 Even though indigenous peoples are very vocal in advocating for their rights at the United Nations and supranational level and have been included into several Sustainable Development Goals, their position remains precarious. Their needs need to be addressed by implementation programs on a national level.

The 10th anniversary of the Declaration on the Rights of Indigenous Peoples (UNDRIP) last month has drawn great attention to the more than 370 million indigenous people, occupying 22 percent of the global land area. Many of them are among the poorest of the poor, and suffer from discrimination and inequalities. Therefore, indigenous peoples are a main target group of Transforming Our World: the 2030 Agenda for Sustainable Development and the Sustainable Development Goals (SDGs) outlined therein. Since its ratification in 2015, the UN and many international organizations such as the International Labour Organization (ILO) have highlighted the great potential of supporting indigenous peoples by working towards the SDGs.

On political level the 2030 Agenda is a great success to indigenous peoples since they are explicitly addressed in the resolution. They are mentioned in Goal 2 on eradicating hunger and Goal 4 on education that requests equal access to education for indigenous children. Additionally, they are identified as one of the groups that will benefit the most from the SDGs and at the same time can contribute as important non-state actors along with the UN member states. Finally, the resolution calls upon indigenous peoples to participate in follow up and review of the SDGs.

Successes in pushing the agenda, but little impact

International groups representing indigenous’ rights have contributed to push indigenous peoples’ agenda, but so far there is a lack of impact. At the UN level the United Nations Permanent Forum on Indigenous Issues, the Special Rapporteur on the Rights of Indigenous Peoples and the Expert Mechanism on the Rights of Indigenous Peoples are aggregating interests and advocating in high-level UN decision-making. Interest groups such as the International Indian Treaty Council and the Arctic Council Ministerial Meeting are contributing to raise awareness and reaching a broad audience at national, regional and global level with advocacy work. Those bodies and institutions were successful in pushing indigenous peoples’ rights to the SDG agenda. However, the crucial step towards implementing the SDGs in a way beneficial for these marginalized groups is not yet fulfilled.

Implementing change – at the national level

All criticism aside, the right time to implement the SDGs in a way beneficiary for indigenous peoples is now and it can be achieved by enhanced efforts at the national level. Advocacy and statements on the supranational level need to be transformed to implementation. Right now there is still a disconnect in between levels that is inherent to the UN-system, marked by mostly supranational policy making and national implementation, a system that also applies to the SDGs. Two years into the 2030 Agenda there is still a lot of room left for nation states to establish programs that are conducive to reaching the SDGs and a part of these should be the focus on indigenous peoples. Therefore, national policy-makers have to establish implementation programs in closer dialogue with indigenous groups. This approach will not only help to understand and address their needs, but also allow learning from indigenous’ knowledge about ecosystems and livelihoods that need to be considered.

At the same time indigenous groups have to strengthen their efforts and advocate for their inclusion at the national level. Even though territories of indigenous peoples are not bound to national borders, national governments are the best available starting point. They have the political capacity to include indigenous matters into national SDG implementation agendas, but can also push for this matter in regional cooperation programs. Lastly the responsibility to plan, establish and implement viable programs is upon states. Only if UN Member States are willing to take the next step and walk the talk of sustainable development for everyone and indigenous peoples in particular, the SDGs will eventually succeed in advancing sustainable and inclusive development for all.