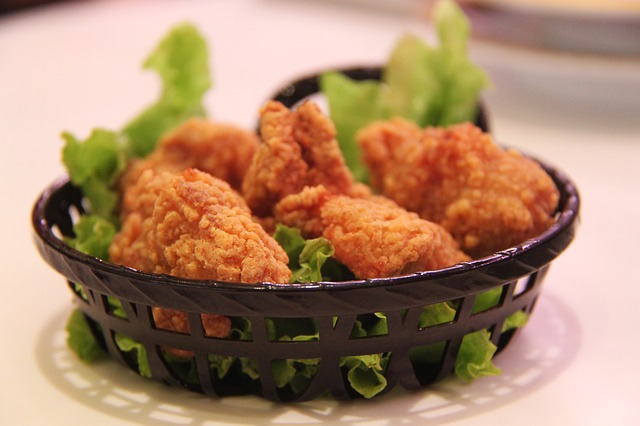 Back when I was living in Vietnam, I bought and cooked a pale looking chicken, which left large rashes over my hands. I never got to know what exactly caused this reaction, but this experience reinforced my cautiousness regarding transformed foodstuff and my aversion for chlorine chicken. This feeling is shared by many across Europe, including in the UK where 82% of the population recently declared they would rather ditch a trade deal with the US than let chlorine chicken into their plates. However, this agreement is very likely to happen, and citizens may not have a say in the matter.

Free trade agreements are a channel for transferring norms and regulations amongst the participants. These affect almost all areas of public policies and could contribute to the legalization of products such as chlorine chicken and hormone beef. The main issue is not the existence of such an effect, but rather the opacity of trade negotiations which make its impacts rather unpredictable. Indeed, citizens have few oversight of the negotiations, and have been calling for more accountability and transparency. Sadly enough, this does not appear to be a priority in the political agenda, especially in the UK.

The main issue here is the way norms are transferred, not the transfer itself. Indeed, harmonizing the level of standards and norms is essential to eliminate non-tariffs barriers in a context of trade facilitation. Moreover, this mechanism can contribute in the enhancement of human rights, labour and environmental regulations in the participating countries. The agreements signed by the EU with developing countries have helped achieving significant improvements in this area. However, the scope of the harmonization process channel is rarely known by citizens before the agreement is signed, and unwanted norms can be present.

But how to decide which norms should be transferred? Regulations and norms can be perceived as positive or noxious depending on the country. Hence, negotiating teams often rely on international standards in order to ensure a consensus. Using ILO or UN conventions as a base to raise human and labour rights standards is a legitimate process. But the case of chlorine chicken is different. In the US it is a food safety practice, used to protect consumers from salmonella while in Europe it tends to be perceived as a threat to consumers’ health. With no international consensus on this issue, only the negotiations can determine which approach will be selected in the agreement.

Thus, regulations such as the chlorination of chicken became a hot topic in the negotiation of the TTIP between the US and the EU, and in the case of a UK-US agreement, which is likely to be negotiated in the aftermath of Brexit, this issue will be opened to negotiation. The context however is different since the UK has much less leveraging power than the EU, as it represents only one-fifth of US’s GDP. Moreover, the UK will be craving for a trade deal to mitigate the negative impact of Brexit. The imbalance of negotiating power might allow the US to impose its norms on British markets. Which is quite ironic since preserving sovereignty was the main argument in favour of Brexit.

Moreover, MPs and citizens will most likely have no say in the negotiations. There are two solutions to avoid this: The definition of a clear mandate by the parliament beforehand, or bringing more transparency, democracy and accountability to the entire process. In this way, critical issues would not become bargaining chips in negotiations happening behind closed doors. This demand has been formulated by citizens and organisations all over Europe and the world while trade agreements are losing legitimacy.

The fact is that these solutions may have an impact on the negotiating power of government since the main mechanism behind such process is the asymmetry of information. Dissimulating one’s redline is crucial to obtain concessions from its partners. However, if governments want to restore the legitimacy of trade agreements, they have to accept a certain degree of change in the way FTAs are negotiated.

The case of chlorine chicken is the symptom of a much larger issue. The lack of transparency and democracy in trade negotiation processes needs to be addressed by policy-makers for citizens to regain trust in international trade. Initiatives like the People’s Trade Charter proposed by the Malaysiansolutions that should be endorsed by governments. Citizens need to keep the control of what ends up in their markets: our health should not a bargaining tool for trade agreements.